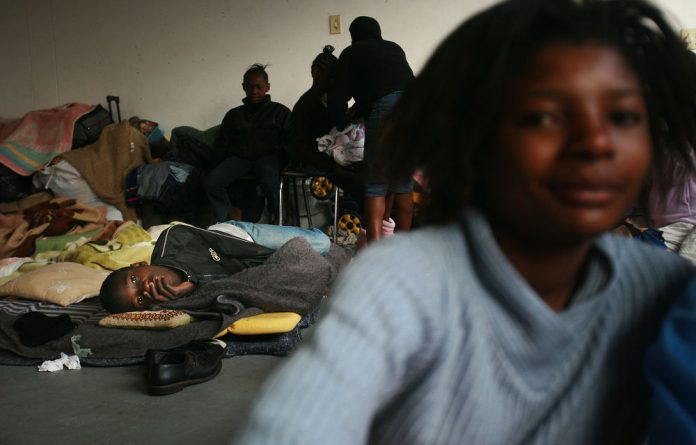 Government inertia contributed to the May 2008 xenophobic attacks, the Human Rights Commission (HRC) has found.

In a report released this week, the commission says government institutions, from the police to the presidency, responded too slowly to the attacks and did not have adequate plans to deal with them. They also lacked the “institutional memory” of previous similar attacks that might have helped to prevent these.

The commission released its “Report on the SAHRC investigation into issues of rule of law, justice and impunity arising out of the 2008 public violence against non-nationals” during a conference in Johannesburg marking human rights month.

The targeting of non-nationals is not new in post-apartheid South Africa but the government did not learn from past incidents, the report finds. “There is little institutional memory of conflicts prior to 2008 and little evidence of sustained commitment to the resolution and management of past conflicts, which could otherwise have informed prevention and mitigation responses in May 2008,” it says.

Violence against foreigners can be traced back to December 1994, just months after the country’s first democratic elections, the report says. Armed youths destroyed foreign-owned property in Alexandra, Johannesburg, and demanded that outsiders be removed from the area. Similar attacks occurred throughout the country for the next decade.

In 2007 the African Peer Review Mechanism’s report on South Africa said xenophobia about other Africans was a “serious concern” and needed to be “nipped in the bud”.

The massive displacements of 2008 were merely the “climax” of a social problem that had existed for the past 14 years, according to the department of home affairs’s submission to the SAHRC investigation.

The social development department submission said it had noted “a high degree of xenophobia” in South Africa as early as 1998.
The report also finds that weaknesses in intergovernmental coordination and institutional processes hindered the response to the 2008 crisis.

“It was remiss that a provincial disaster was declared in Gauteng only on May 28, delaying relocation of displaced persons until June 1,” the report says.

The city of Johannesburg had mobilised a crisis response oversight team on May 13, almost immediately after the initial outbreak and the crisis had affected a second municipality (Ekurhuleni) two days later. Both developments should have prompted the declaration of a provincial disaster, the SAHRC says.

In KwaZulu-Natal foreigners were displaced in at least five municipalities apart from eThekwini. In addition, eThekwini reported a lack of authority, resources and capacity to assist displaced people — a fact that should have led quickly to a provincial disaster being declared.

The report scrutinises police responses to the attacks. In Gauteng, after the initial attacks in Alexandra, Diepsloot and Tembisa in the first five days of violence, the police were unable to stop these attacks from mushrooming or prevent the violence from spreading elsewhere.

The report finds the police had insufficient human resources to protect life and property in the face of large-scale public violence.

Instead, the attacks stopped because foreign nationals left the affected areas and there were no more businesses to loot.
Calm returned “not because the rule of law had been restored but because the source of conflict [foreigners] had been removed”, the report finds.

The commission supports calls for turning to the defence force in similar cases of social conflict.

“Where a justified request for SANDF [South African National Defence Force] deployment is made [the president] should issue the relevant order with the utmost urgency.”

It took six days for former president Thabo Mbeki, as the commander in chief, to deploy soldiers in 2008.

Lawrence Mushwana, the chairperson of the SAHRC, this week deplored the country’s “culture of violence”.

“Despite our formal transition to equality and democracy, violence is often still viewed as a legitimate means of resolving issues,” he said at the release of the report.

Mushwana said non-national residents were more likely to fall prey to violence because South Africans often blamed them for crime and unemployment and held them responsible for depriving “more-deserving” citizens of jobs, housing and other economic goods.