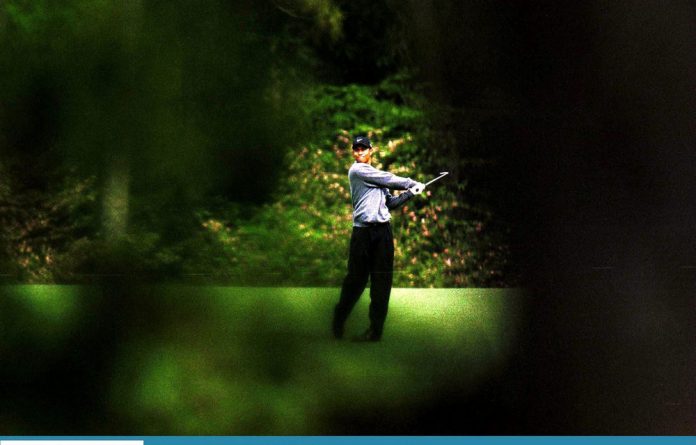 Tiger Woods, the man who just cannot stop talking, has done it again, announcing that he will make his comeback to golf at next month’s Masters and, as he did so, a tournament famous for its history and drama became one known for the height of its security fences and the selectivity of its media arrangements.

“The Masters is where I won my first major and I view this tournament with great respect. After a long and necessary time away from the game, I feel like I’m ready to start my season at Augusta,” the world number one said.

If you believe that is the whole story, then you were probably naive enough to take Woods at his word when he hinted during his staged “apology” last month that he might be away from the game for a while. “I do plan to return to golf one day; I just don’t know when that day will be. I don’t rule out this year,” he said then.

“I don’t rule out this year”? Presumably Ari Fleischer, the former press spokesperson for George W Bush and media-crisis management “expert” who, it was revealed last week, has been masterminding Woods’s return to pubic life, decided “I don’t rule out the next few weeks” lacked the required degree of sincerity from a man setting himself up as the redemption story of the decade.

Rich men have lost fortunes underestimating Woods’s ability to perform miracles on the golf course (he did, after all, win the 2008 US Open at Torrey Pines carrying a broken leg) but, given what he has been through since crashing his car outside his home in Florida last November — the scandal, the shame, the desertion of sponsors, the therapy — it is hard to believe he will step on to the first tee at Augusta National on April 8 as the tournament favourite in the minds of anyone bar the bookies, who have made him a ludicrous 3-1 favourite to win his fifth green jacket.

The golf course is too challenging, the competition too good and the attendant pressures too much.

In the past Woods has always played to win. This time it feels as if he will be playing to limit scrutiny of his past conduct and to hell with the outcome of the tournament.

After the recent revelations, should we really be shocked by this — yet another turn-up for the book? After all, hitting golf balls is the easy part for Woods — he has been doing that since the age of two. Explaining himself is a different matter. He has never felt the need to do that and, by choosing the tightly controlled environs of Augusta as the setting for his return, he will ensure such scrutiny is minimised.

Will he give a press conference? If so, how long will it last? Will the questions be limited to the state of his swing and not — as would be perfectly legitimate — open to a wide range of subjects excluding Woods’s private life, such as the nature of his relationship with the controversial Canadian doctor Anthony Galea, who is facing charges of importing illegal drugs into his homeland? We wait to see.

In the circumstances it is hard to believe the man of the moment would take the Fifth and avoid the media all week, but do not put anything past the green jackets of Augusta, who make up the rules as they go along and might accommodate such cowardice, and certainly do not put anything past Fleischer, who built his reputation through obfuscation on a grand scale.

Yet if Woods tries to dodge the microphones, he will never be able to escape the charge that, in announcing he will come back at the first major championship of 2010, he has once again put himself above the game and, worse still, put his own narrow interests above those of his fellow competitors.

The world number two, Steve Stricker, who, in his decency and straightforwardness over the years, has revealed himself to be everything that Woods is not, got it absolutely right at the weekend when he publicly doubted the wisdom of doing what his friend and colleague has subsequently done. “Whenever he comes back, it’s going to draw a lot of attention to that tournament, and the focus is going to be on him coming back,” Stricker said.

“I don’t know if Augusta would like that to happen, you know — to turn it into Tiger’s comeback instead of the Masters tournament itself.”

Poor Stricker, who can add his name to the long list of those flattened by the Nike-sponsored juggernaut. Next up will be the Masters tournament itself: founded in 1934 by Bobby Jones and Clifford Roberts; hijacked in 2010 by Tiger Woods and Ari Fleischer. —