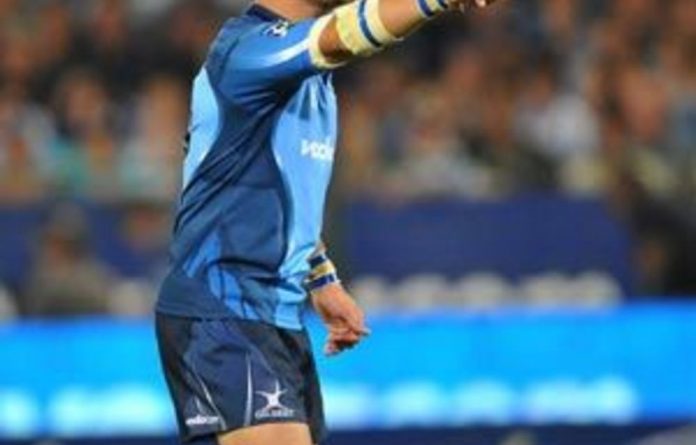 The Bulls have the opportunity to pull well clear of the chasing Super 14 pack this weekend with a beneficial draw that sees them eased into the usually arduous Australasian trek.

While nearest rivals the Stormers and Crusaders have the bye, the Bulls start their road trip at their nearest port of call and against the bottom side in the competition playing the Force in Perth.

The Sharks and Crusaders, one point behind the Bulls and five ahead of the Waratahs, will remain in the top four regardless of how the rest of the round pans out.

But further back, as the competition heads into round seven, the battle to be in contention for a spot in the play-offs is beginning to intensify.

The fourth-placed Waratahs need a big win over the Blues if they are to muscle their way into the top three on points differential, but if they lose there are five teams threatening to overtake them.

The Brumbies, Chiefs, Reds, Hurricanes and the Blues are all within striking distance while further back the Sharks indicated last week they are ready to mount a late run.

Runaway leaders
At the top of the ladder, the in-form Bulls should better their previous best nine-point winning margin over the Force and a bonus-point win to the South Africans would put them six clear of the Stormers and Crusaders.

In the only change to the Bulls side that beat the Hurricanes last week, Jaco Pretorious replaces outside centre Stephen Dippenaar.

The Waratahs, who only scraped home by a four-point margin against the Force last week, have made four changes to their run-on side against the Blues including the return of Wycliff Palu and prop Al Baxter from injury.

The Sydneysiders have whipped the Blues in recent home matches with wins of 37-18 and 43-9 but the way the Aucklanders bounced back to score five tries against the Brumbies last week suggested this should be a closer encounter.

Coach Pat Lam is staying with his winning line-up meaning no room in starting fifteen for returning All Blacks Luke McAlister and Anthony Tuitavake.

In the weekend’s other trans-Tasman clash, the Brumbies will be seeking redemption against the Chiefs fresh from the bye.

Remarkable return
Julian Huxley is set to make a remarkable return to the Brumbies starting off the bench in Friday’s match two years after scans following a head knock detected a brain tumour. He was cleared to play again three weeks ago.

Unknown 18-year-old Michael Hooper will make his Super 14 debut replacing the injured George Smith, who will miss his first match for the Brumbies since they played the Chiefs in 2005.

The Reds will be looking for a third consecutive win for the first time in six years when they come off their bye to start their South Africa tour against the Cheetahs in Bloemfontein.

The Hurricanes, equal seventh with the Reds, are back home after losing three in a row in South Africa and face the resurgent Sharks, who chalked up their first win last weekend against the Highlanders.

History has not been kind to the Sharks against the Hurricanes whom they last beat away from home in 2004.

The remaining match of the weekend is between the Highlanders and Lions, who languish just above the Force at the bottom of the table.

The match is being played in Dunedin and the home side has won every clash between the two teams. — AFP