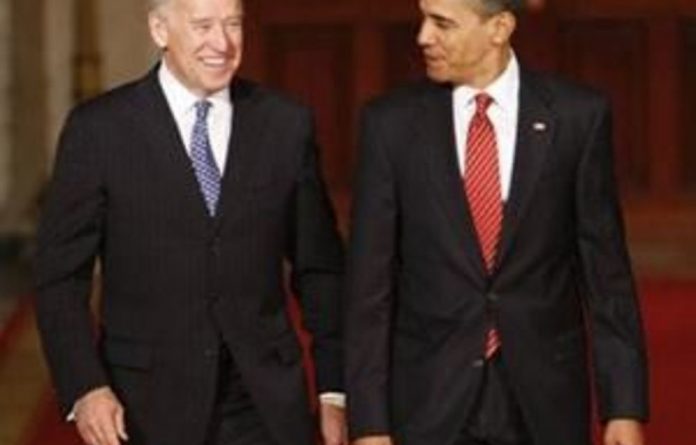 Fresh from his victory on landmark healthcare legislation, United States President Barack Obama is ready to take on Wall Street.

In the same week Obama signed into law his sweeping healthcare plan, his administration began a publicity blitz to sell his proposal to reshape the financial regulatory system.

Democrats hope the healthcare win will lend momentum to the push on financial reform, an issue the White House hopes will be a political winner as the party seeks to stave off potential losses in the November congressional elections.

“The good news is that, whereas the Republican message machine managed to convince a lot of Americans that the healthcare Bill was bad for them, I think they will have a harder time with the financial reform,” said Princeton University Professor Alan Blinder. “Rightly or wrongly, everybody hates Wall Street and the banks right now.”

The White House has sought to tap into public fury over Wall Street’s excesses to push its case for financial reform.

Carroll Doherty, an associate director at the Pew Research Centre, said that anger at big financial companies cuts across the party lines of Republicans, Democrats and independents.

A Pew Research poll in February showed that while Republicans are less supportive than Democrats of tougher financial regulations, 67% of Republicans held an unfavourable view of major banks. That was almost as high as the 72% of Democrats who felt that way.

Obama, who last year lashed out at the big bonuses of “fat cat” bankers, devoted his Saturday radio and internet address to financial regulation.

Treasury Secretary Timothy Geithner and other officials have fanned out to hammer the message that a crackdown on Wall Street is needed to prevent another financial meltdown.

Critical phase
The financial regulation Bill moved into a critical phase on Monday after Dodd’s committee approved it on a Democratic party-line vote, clearing the way for the full Senate to take it up once Congress returns next month from a two-week recess.

Dodd said he hopes the Senate can pass the Bill within a month. The House has already passed a version of it, so the two chambers would need to iron out their differences.

Obama’s healthcare win seemed to give an initial boost to the financial-reform effort.

Republican Senators Judd Gregg and Bob Corker on Wednesday gave upbeat assessments on financial reform’s prospects, though they both differed with aspects of the Dodd Bill.

The measure could gain further political traction in the next few weeks, predicted Calvin Jillson, a political science professor at Southern Methodist University.

Jillson said he believed Obama’s approval rating — now at just below 50% — might tick upward by about five percentage points because of the passage of the healthcare Bill, strengthening his ability to push other initiatives.

“I do think the outcome of the healthcare debate will rejuvenate the Democrats and Obama,” Jillson said.

But former Bush administration official Tony Fratto saw little overlap between the healthcare win and the prospects for financial reform.

Complex Bill
“There is not a rush of support for the agenda of the Obama administration,” he said, adding that steering the complex Bill through the Senate will be an extremely difficult task. “It’s the single most broad and complex piece of legislation ever to be brought to the floor of the Senate,” Fratto said.

Blinder, a former Federal Reserve vice-chairperson, said Obama must use “a combination of cajoling, persuading and arm-twisting” of lawmakers if he wants to pass a strong Bill.

A procedural manoeuvre known as “reconciliation” is enabling Democrats to pass some changes to healthcare with a simple majority of 51 votes, rather than the 60 votes usually needed to cut off debate. On financial reform, that avenue won’t be available so any Bill will need some bipartisan support.

Some Republicans have suggested that their outrage over Democratic procedural manoeuvres could hurt the chances for potential compromises this year.

Financial industry analysts also wonder whether the White House may decide it is less interested in cutting a deal with Republicans in a congressional election year than in giving the Democrats a potent issue to run on in November.

The White House insists it is committed to getting a Bill and one that is robust.

White House deputy communications director Jen Psaki cast the financial-reform debate as “a choice between changing outdated rules that hurt the American people and standing with the financial sector that’s fighting against reform”.

“That’s a choice that Republicans and people who oppose the legislation are going to have to make,” Psaki said.

“We feel good about where we are,” she added. — Reuters