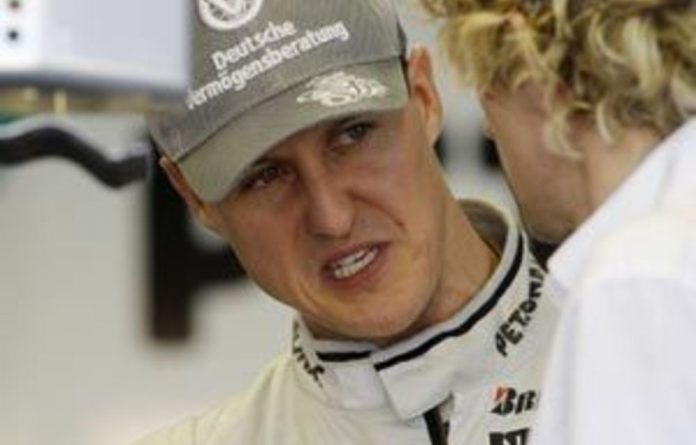 Former champion Michael Schumacher on Monday remained upbeat about his return to Formula One despite a 10th-place finish at the Australian Grand Prix.

“I am quite confident there will be more to come,” the Mercedes GP driver said in a statement on his website.

“I know that might sound awkward but I take a lot of good aspects from the race weekend in Melbourne … Looking into our weekend more deeply, I find we did improve quite well and have a good reason to be quite satisfied — just not from the pure result obviously.”

Schumacher, 41, started from seventh place on the grid on Sunday in Melbourne but fell far behind after being part of an accident in the first turn before salvaging one championship point in 10th place. Teammate Nico Rosberg was fifth.

“Analyzing qualifying I think both Nico and me could have been ranked two to three positions better. Going into the race from those better positions would have meant fighting for the podium,” he said.

“Going to Malaysia we know that clearly we improved our pace since Bahrain which is a good feeling. It was a lot of fun fighting in Melbourne even if it was just for one point, and I will enjoy fighting again in Sepang. We would like to show another good race.”

The seven-time world champion Schumacher came sixth at the season-opener in Bahrain and his result on Sunday led to the first doubts as to whether he is able to compete at the highest level.

“Schumi looked like the wrong twin brother of the Michael who used to win everything,” said Italian paper La Gazzetta dello Sport on Monday.

Sporting events, from football and tennis to rugby and cycling, on this year’s calendar are in doubt
Read more
Advertising
Continue to the category
Education