Caught on camera: How bribe deal went down 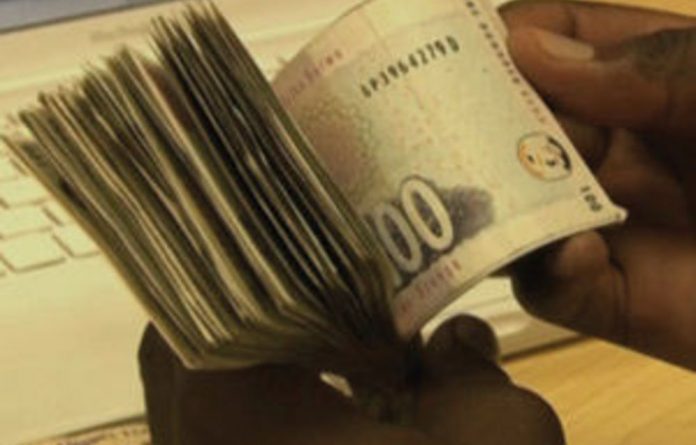 Cosatu general secretary Zwelinzima Vavi insists his wife’s role in marketing financial products to union members is “no scandal”. But the company that pays her to do it clearly disagrees.

SA Quantum chief executive Veon Bock last week paid R40 000 in a bid ensure that the Mail & Guardian did not publish details of his firm’s contract with Noluthando Vavi.

Last Saturday the M&G used a concealed camera to capture Bock and two associates handing over R40 000 in cash, enclosed in a white envelope. He promised to pay a further R80 000 by the end of April.

The payment came after the M&G met Bock at his Sandton offices to discuss evidence in our possession that he was paying R60 000 a month to Noluthando.

After initially explaining that she had been contracted to market SA Quantum’s employee benefit products to union members serving on the boards of various pension funds, Bock said he would “do anything” to prevent the story from coming out.

He made an offer of R120 000, which would have to be paid in two instalments for “cash flow” reasons. He said the second instalment, of R80 000, would be paid at the end of April.

“It is too sensitive, and it will be too damaging for the company and for the Vavis,” Bock said, adding: “We have hundreds of employees.”

This offer was witnessed by two reporters, who subsequently informed M&G editor Nic Dawes. He agreed that to expose the attempted corruption the payment should be accepted and a recording made.

This reporter deposed an affidavit setting out the facts, which was lodged with the newspaper’s attorneys before the pay-off.

After missing an initial meeting arranged for the evening of Friday March 26, Bock arranged for the cash to be handed over just after 1pm on Saturday in the parking lot of Linkwood Business Park in Randburg.

The rendezvous was filmed by a hidden camera. Bock led this reporter to a car, where a waiting associate handed over a white envelope containing two bundles of R100 notes.

On the M&G‘s secretly recorded video, Bock can be heard telling his subordinate: “Take out the thing and give it to him.” The cash was immediately handed to Dawes, who was waiting nearby, and who passed it to the M&G‘s attorneys for safekeeping. As Bock and his subordinate were leaving, he called out: “I’ll give you a call.”

Confronted by the M&G this week, Bock flatly denied ever paying this reporter R40 000 or of offering to pay R120 000. He also reversed his earlier comments about Noluthando Vavi’s marketing role.

Asked why SA Quantum particularly chose Vavi’s wife to market the company in the labour movement, Bock said: “Mrs Vavi is an independent businesswoman and has a right to earn a living, as does any other individual. Why did the Mail & Guardian employ you?”