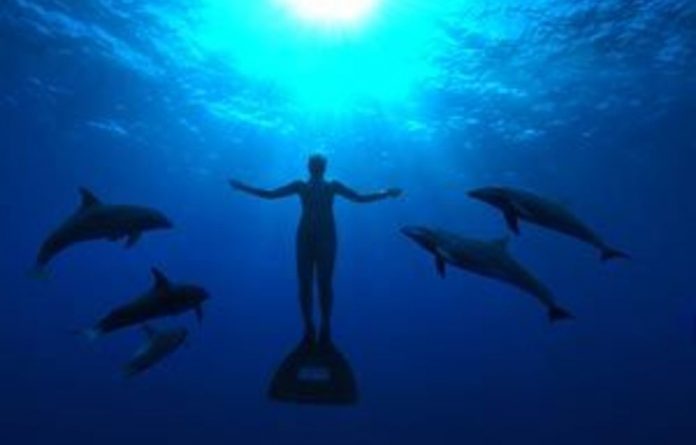 In a hidden coastal inlet on the southeast coast of Japan, fishermen hunt and capture thousands of dolphins every year. Some they sell to marine parks for $150 000 (about R1,1-million) each, the rest they kill for meat.

The Cove won best documentary feature at the Oscars in March and follows an elite team of American and Canadian activists from the Oceanic Preservation Society (OPS) as they seek to uncover the truth behind Japan’s dolphin massacres.

The OPS team is frustrated in its attempts to film the annual dolphin hunt from public vantage points near the small Japanese fishing town of Taiji by a motley bunch of fishermen and public officials. So they resort to covert means, including cameras disguised as rocks and then placed at strategic points around the cove.

Director Louie Psihoyos, who has been praised by Fortune magazine as “one of the 10 top photographers in the world”, weaves together sequences of stunning oceanic cinematography and a complex and thrilling narrative of investigative journalism.
The documentary is an almost irresistible argument for a complete ban on hunting, capturing, killing or eating dolphins and other cetaceans.

Almost irresistible — because one cannot shake off the nagging feeling that The Cove is too biased. The documentary caused a storm at the Tokyo International Film Festival in October last year, with many Japanese viewers upset at its veiled assumptions of Western cultural superiority.

For one thing, Japanese coastal communities such as Taiji have been whale- and dolphin-hunting for hundreds of years and their livelihoods depend on it. For another, Westerners accustomed to a diet of mass-produced beef, chicken and pork stand accused of hypocrisy for pointing fingers at the Japanese.

Psihoyos tries to smooth over the cultural-relativism argument by investigating the harmful effects of high levels of mercury in dolphin meat — meat that, until recently, was regular fare in Japanese schoolchildren’s lunch boxes. But the addition of the mercury angle complicates what is already a complex narrative and renders the documentary too encumbered by sideshows and sub-plots.

In mitigation, a documentary filmmaker treads a fine line between providing too much context and too little, but Psihoyos’s other diversions into the activism of Hayden Panettiere and other Hollywood celebs is unnecessary.

Neither can The Cove shrug off the charge of hypocrisy that easily. Dolphinariums the world over have created a market for captive cetaceans worth hundreds of thousands of dollars each year. In the United States the marine amusement park phenomenon derived its impetus from the 1960s pop culture TV series Flipper, pioneered by none other than this documentary’s expedition leader, Ric O’Barry. O’Barry relates how he underwent a change of heart when the misery of his own captive dolphins became clear, but it’s hard to ignore his background when he stands toe to toe in confrontation with Japanese fishermen.

Indeed, it’s a confrontation the fishermen are doomed to lose, no matter what they say or do, especially when told exclusively through the (sometimes hidden) lenses of a superbly well-resourced investigation team on an evangelical mission.

The Cove is certainly an eye-opener, and one has to admire the zeal of O’Barry and his colleagues, who refuse to be armchair activists. But bring your scepticism with you — and make sure you can handle images of a sea turned red with the blood of butchered dolphins.