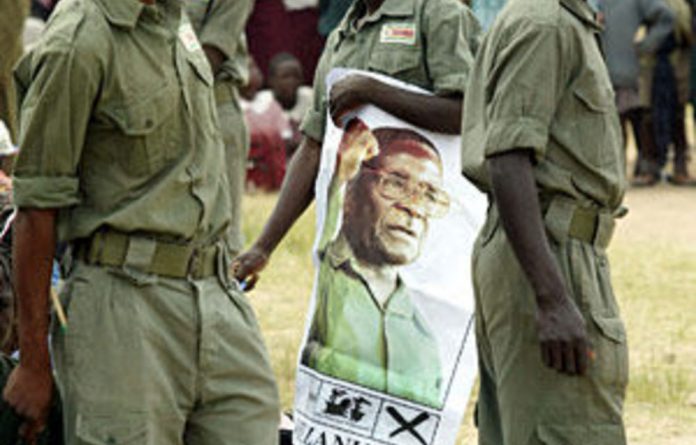 Zanu-PF can hardly wait. State media are buzzing, a meeting with President Robert Mugabe has been set up and at least five government ministers have lined themselves up to meet the visitor.

The saviour descending from on high is none other than ANC Youth League leader Julius Malema, who touches down at Harare Airport on Friday.

Malema’s visit could not have come at a better time for Zanu-PF, which is desperate for any endorsement of its policies.

It has added fuel to the war raging around Mugabe’s campaign to seize control of large businesses for black investors. But the Movement for Democratic Change’s (MDC) youth league dismissed the visit, calling Malema “a false revolutionary leading a lavish lifestyle”.

Malema will not meet the MDC, because this is a meeting of liberation movements and the two parties have nothing in common, the ANC Youth League has said.

But Solomon Madzore, secretary general of the MDC Youth League, complained that Malema’s pro-poor stance was “false struggle rhetoric” and he was visiting Zimbabwe only to deflect attention from criticism back home.

“If you look at him, and the likes of [Empowerment Minister Saviour] Kasukuwere, you will see that there is nothing to identify them with the poor. I have seen Malema’s two mansions in Sandton,” Madzore said.

This week Kasukuwere heaped praise on “Comrade” Malema, saying that he embodied “the new phase of economic revolution under way”.

The MDC is stung by suggestions, including by Malema, that it is a puppet of the West.

“He has no right to tell us who should lead us. To us, Malema’s visit is a non-event,” said Madzore.

Mounting excitement
But Zanu-PF’s mounting excitement suggests that on Friday thousands may well be lining the streets, waving palm branches as the youth leader enters the city. The executive of the party’s youth wing has been huddled in meetings all week, planning the visit.

A series of engagements have been arranged, with visits to farming areas and mines and a visit to a former ANC safe house. The Affirmative Action Group, a radical black empowerment pressure group, will hold a dinner in his honour.

The highlight of Malema’s visit will be a rally in Harare on Saturday. There is a real buzz around it, even among MDC supporters, despite the denials.

Tongai Kasukuwere, a Zanu-PF Youth League official and a younger brother of the empowerment minister, said his party would talk to Malema and his team to see how both countries can benefit from their mining resources.

“Zanu-PF and the ANC share common ideologies, we are of the same school of thought,” he said.

But it may not be all belly-rubbing. According to ANCYL international relations officer Abner Mosaase, the South African youth movement will pledge solidarity with Zanu-PF, but also emphasise the importance of organisational renewal.

He said the main aim of the tour was the revival of the youth forum of liberation movements in Southern Africa, which includes the youth leagues of Swapo in Namibia, Mozambique’s Frelimo and Angola’s MPLA.

In a sign that there might be some criticism of Zanu-PF, Mosaase said the ANCYL’s understanding of organisational renewal was “the ways and means in which the party should remain relevant in society”.

He said this message would not contradict that of the South African government on Zimbabwe, as it would also promote the work started by Zimbabwe’s Global Political Agreement. He said the league would also pick up lessons on the country’s land-reform process.

A South African government official said there was no concern about the ANCYL’s interaction with Zanu-PF. “They can do that. They are different entities altogether.”