Nelspruit’s playful stadium a source of so much trouble 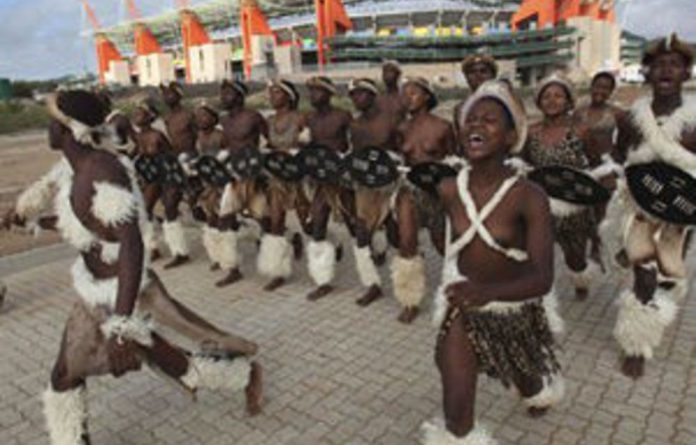 The roof of the World Cup stadium built in Nelspruit is supported by a circle of 18 huge iron giraffes that look as is they were designed by a gifted pre-schooler.

Ramps leading from one level to the next circle the outside like an undulating snake. The seats are black and white, arranged in a zebra-stripe pattern. The stylised signs on the bathrooms are of men and women kicking soccer balls.

In short, it looks too playful to have been the source of so much trouble.

Municipal officials had sealed a deal for the land on which the stadium sat in exchange for developing the area around it, home to orchard workers who were living without electricity, running water or paved roads.

Waiting in vain
The land was owned by the Mdluli clan, which had seen title taken by a white farmer in the 1920s. The clan, descendants of 19th century Swazi chief Matsafeni Mdluli, appealed to a land restitution board instituted by the government.

After eight years of negotiating, they were able to reclaim 6 000 hectares in 2003.

The Mdlulis accepted a token R1 for 69 hectares of their hard-won property in 2006. The next year, stadium construction began. But the Mdlulis and other poor black South Africans living in the area waited in vain for construction on promised schools, roads and water and electricity projects to begin.

It looked, said MT Silinda, a Nelspruit lawyer appointed as a trustee for the Mdlulis in 2008, as if the government restored the land only to take it back for the World Cup. The government intervened, demanding the city make it right, said Lassy Chiwayo, sent to Nelspruit by the African National Congress to revive local government in 2008.

The government of the province that includes Nelspruit had taken over running the municipality after charges and counter-charges of corruption in the awarding of contracts for World Cup work brought government to a standstill.

Land valued at R10m
After the national government intervened, surveyors put a value on the land and the Mdlulis were paid about R10-million, Mokoena said.

In addition to the payment, the municipality remained committed to developing the area, at no cost to the Mdlulis. Work finally started on the new schools last year, and students were expected to move out of the cramped prefabs before the World Cup begins.

“If it was not for the World Cup, we wouldn’t be seeing all this development,” Mdluli said, “especially on our land”. – Sapa-AP