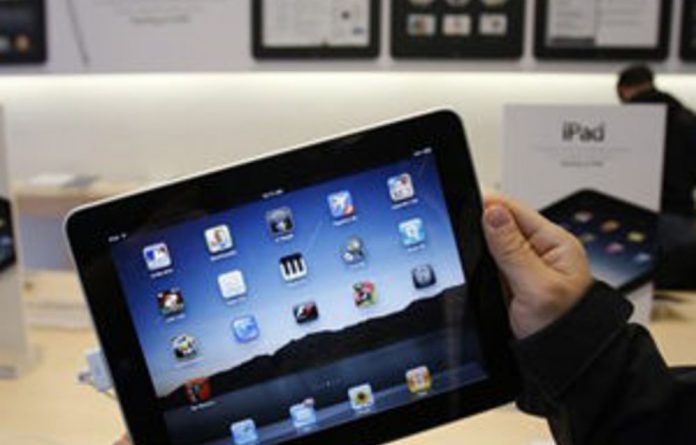 It’s only when you compare the first weekend sales to the full-year predictions for Apple and for other tablet computer companies that you know if it’s significant — or a flop.

Apple has had a pretty good Easter. It sold more than 300 000 iPads on its first day — though of course that “included deliveries of pre-ordered iPads to customers, deliveries to channel partners and sales at Apple Retail Stores”.

Note that “deliveries to channel partners” — that means “shops”. Which means that there aren’t actually 300 000 iPads in peoples’ hands just yet. Even so, it still went well.

Apple also announced that iPad users downloaded over one million apps from Apple’s App Store and over 250 000 ebooks from its iBookstore during the first day.

So now the big question: was that good, or bad, or somewhere in the middle? The debate about whether the iPad is too locked-down, or whether the people who are arguing it’s too locked-down are ignoring the fact that most people never have and never will writte a program and really don’t need a machine that gives them access to all the world’s programming languages, continues.

Piper Jaffray had been predicting 5,6-million will be sold this year, but on getting those official Apple numbers revised it downwards, to 4,3-million. Forrester is rather less positive: it thinks three million. iSuppli has the frankly hard-to-believe seven million in 2010, tripling by 2012.

Piper Jaffray also had a study on Monday which spoke to 448 iPad buyers which suggested that:

So that’s not surprising — owners of Apple gear tend to be first in line for more Apple gear. (It’s what kept the company in business through its darkest hours, now nearly 15 years in the past.)

What’s harder to discern is whether the iPad will be viewed as a terrific new way to get online and Do Stuff, or whether it will fade into a little space, rather like the unexpandable, overpriced G4 Cube, launched in summer 2000 and put on ice less than a year later.

CRN, which writes about channels (that’s stores and resellers to you or me) thinks that it “changes everything for business computing“:

“Look for the iPad to eat into PC and laptop sales. That’s no small statement. But it is absolutely going to happen. It’s the right price with the right functionality. And it is going to move into corporate America just like the Mac did when PCs ruled the earth.”

It’s a frankly surprising statement from a site that’s focussed on business computing. But it has the ring of truth. The reason why previous tablets running Windows didn’t take off is that the interface was dire. (All you tablet users looking round for your stylus so you can hunt-and-peck an angry response: first keep reading.)

Windows is not imagined as a touch-screen interface. Not at all. It expects that you will attach a keyboard. The tablet was just a laptop without the keyboard (sometimes with the keyboard underneath). The fundamental flaw in Microsoft’s tablet strategy was that it never took the huge step of deciding that it needed to have a completely new interface for Windows to adapt to a tablet interface. The task was too big: because Microsoft doesn’t do the hardware, it couldn’t know what its hardware partners might want to make. It couldn’t predict. Its very size meant that it was paralysed in trying to adapt to a new, smaller market.

As evidence of just how sick the tablet market is, earlier this year IDC analyst David Daoud projects unit sales of non-Apple slate and convertible tablet PCs will fall from 1,32-million in 2008 to 1,25-million this year.

That means that Apple is almost certainly already the biggest tablet/slate supplier in the world, and that if even the lowest of those forecasts above comes out even close to right, then it has 66% of the tablet/slate market.

At which you have to say: pwned that market.

In fact: this is starting to look like a pattern.

iPod: came into a market that was small; reshaped, established and dominated it.

iPhone: came into a market (smartphones) that was small (compared to the phone market); reshaped it and is moving towards dominance, especially through its apps market.

And that’s before we talk about the content markets on those products — which are part of the virtuous circle that they use to sell them. iPod: music through the iTunes Store. iPhone: data on the move. iPod Touch: apps for games and other stuff. iPad: books, films, TV, magazines, music … and photography.

It all adds up to one conclusion: the iPad is a success, and there are plenty of other reasons (new iPhone version, falling prices with higher demand, potential for larger screens/cameras/other features) that will keep it selling. So for those saying you’ll never buy one, and that they’ll prise your laptop from your cold, dead hands — quite possibly. But lots of people around you will have iPads. Bit like iPods and pretty much every other MP3 player, perhaps.

But if you’re hating the iPad, we have something you’ll enjoy. Just press the button — and the Apple product is gone. – guardian.co.uk