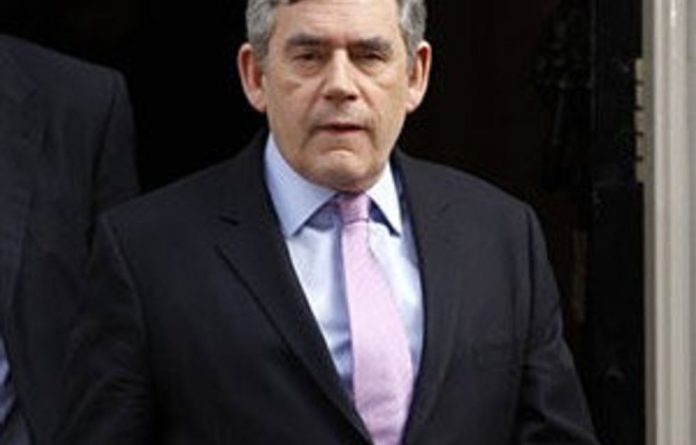 British Prime Minister Gordon Brown on Tuesday confirmed May 6 as the date for a parliamentary election that could bring down the curtain on 13 years of rule by his centre-left Labour Party.

Standing outside his Downing Street residence, with his Cabinet arrayed behind him, Brown launched the month-long campaign for what is expected to be one of the most unpredictable elections in Britain for almost two decades.

“It will come as no surprise to all of you and it’s probably the least kept secret of recent years that the queen has kindly agreed to the dissolution of Parliament and a general election will take place on May 6,” Brown said.

The opposition Conservatives lead Labour in opinion polls. But the election result is far from certain as public support for both main parties remains volatile and the opposition faces a big challenge in securing power.

Polls point to a hung Parliament in which no party has an overall majority because support for the Conservatives is less efficiently distributed across Britain’s 650 parliamentary constituencies.

Opposition leader David Cameron, addressing party workers on the banks of the River Thames opposite Parliament, called it the most important election for a generation.

“You don’t have to put up with another five years of Gordon Brown,” he said.

Nightmare scenario
With the exception of Labour’s landslide victory in 1997, no party has secured more than a 5% swing in the national vote at a general election since 1950. The Conservatives require a swing of 6,9% to secure an outright win.

An inconclusive election result is rare in Britain and is the nightmare scenario for financial markets, which want a clear outcome and the promise of firm action to tackle a budget deficit running at almost 12% of GDP.

The threat of a hung Parliament — where no party has an overall majority — has helped knock sterling down almost 10% versus the dollar this year alone.

The new Parliament will meet on May 18, the government said.

How best to run an economy slowly emerging from the worst recession since World War II is likely to be the central theme in the campaign, entwined with issues such as how best to manage public services in straitened times. — Reuters