Obama limits US use of nuclear arms 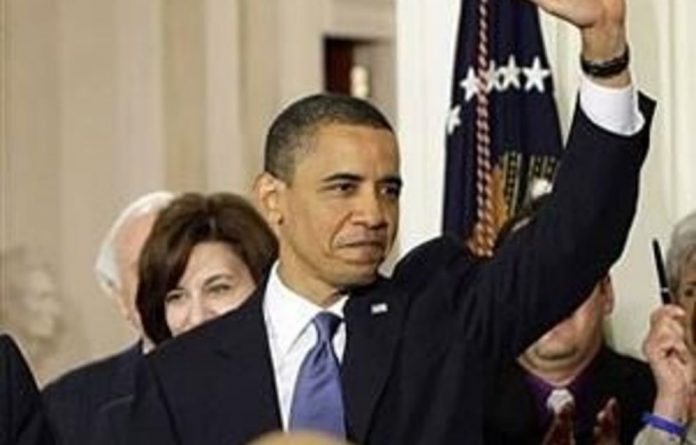 The Obama administration unveiled a new policy on Tuesday restricting US use of nuclear weapons, but sent a stern message to nuclear-defiant Iran and North Korea that they remain potential targets.

Kicking off a hectic week for President Barack Obama’s nuclear agenda, his aides rolled out a strategy review that renounced US development of new atomic weapons and could herald further cuts in America’s stockpile.

The announcement, calling for reduced US reliance on its nuclear deterrent, could build momentum before Obama signs a landmark arms-control treaty with Russia in Prague on Thursday and hosts a nuclear security summit in Washington next week.

But Obama’s revamped strategy is likely to draw criticism from conservatives who say his approach could compromise US national security and disappoint liberals who wanted the president to go further on arms control.

Under the revamped policy, the United States for the first time is forswearing use of atomic weapons against non-nuclear countries, a break with a Bush-era threat of nuclear retaliation in the event of a biological or chemical attack.

But the new strategy comes with a major condition that the countries will be spared a US nuclear response only if they are in compliance with the Nuclear Non-Proliferation Treaty. That loophole means Iran and North Korea would not be protected.

Nobel Peace Prize
The Nuclear Posture Review is required by Congress from every US administration but Obama set expectations high after he vowed to end “Cold War thinking” and won the Nobel Peace Prize in part for his vision of a nuclear-free world.

Seeking to set an example, the Obama administration said the United States would consider use of nuclear weapons only in “extreme circumstances” and committed to not developing any new nuclear warheads.

But it said that while reducing the role of nuclear weapons in national security, the United States would strengthen its conventional arsenal.

The administration also pledged to pursue further arms control with Russia beyond the new Start pact Obama and Russian President Dmitry Medvedev will sign this week promising to slash nuclear arsenals by a third.

Obama now faces the challenge of lending credibility to his arms-control push while not alarming allies under the US defence umbrella or limiting room to manoeuvre in dealing with emerging nuclear threats from Iran and North Korea.

The review is a test of Obama’s effort to make controlling nuclear arms worldwide a signature foreign policy initiative. It is also important because it will affect defence budgets and weapons deployment and retirement for years to come. — Reuters