Tributes pour in for Sefularo 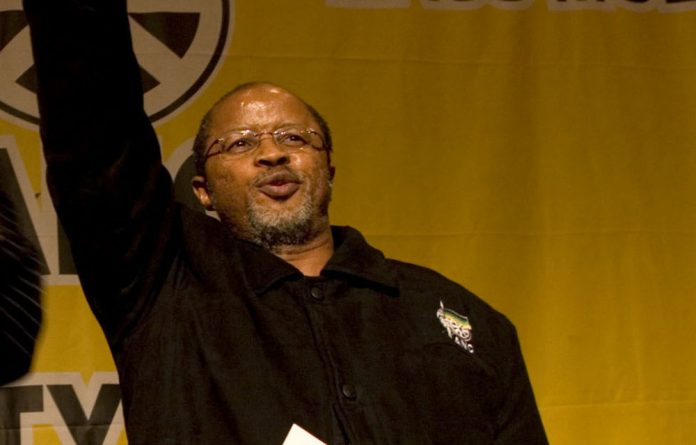 Tributes continue to pour in for Deputy Minister of Health Molefi Sefularo, who was killed in a car accident on Monday.

“The IFP has had the opportunity to work with Dr Sefularo in Parliament and in government, and has great respect for his skills and leadership, said party leader Mangosuthu Buthelezi.

The Independent Democrats (ID) also conveyed its message of condolences to the family Sefularo on Tuesday. ID chief whip Lance Greyling expressed the party’s “deep sadness at the tragic loss” of Sefularo.

“Dr Sefularo’s contribution to the national health insurance scheme, a scheme which the ID wholeheartedly supports, was invaluable and we thank his family for giving us so much of his time,” Greyling said.

Wits University lauded Sefularo for putting in the effort and taking an active interest in the country’s healthcare issues, saying he had a close association with the university that spanned several decades.

A Wits alumnus, Sefularo held diplomas in tropical medicine, public health and health service management from the university and had lectured in its department of community health.

He also served as a member of the Wits University Council from May 2005 until May 2009, among other positions.

“His valuable insight, knowledge and experience will be missed in the various departments that benefited from his association with the University,” the university said in a statement.

Meanwhile, North West Premier Maureen Modiselle and her entourage were to visit Sefularo’s family at their home near Hartbeespoort Dam on Tuesday to pay their respects.

Organisations in the healthcare sector have also added their voice in tributing praising Sefularo.

The Board of Healthcare Funders of Southern Africa (BHF) said on Tuesday Sefularo’s death comes at a time when the country’s healthcare system is on the brink of a positive overhaul.

BHF chairman Dr Clarence Mini extended his deepest sympathy to Sefularo’s family on their “tragic” loss. He said Sefularo shared his insight and wisdom with BHF directors and delegates during a conference in August last year.

“He provided valuable guidance to the private healthcare industry on its role within the impending national health system,” said Mini.

“His intelligence and expertise will be greatly missed.”

The South African Medical Association (Sama) described Sefularo as a humble, well respected and very approachable person who made a huge difference to South Africa’s healthcare.

Spokesperson Dr Norman Mabasa said in a statement that the organisation was saddened by the death of the deputy minister, whom he said made a huge difference in healthcare in his quiet and respectful way.

“He had a passion for overhauling healthcare in South Africa and was a major driving force behind the National Health Insurance plan,” Mabasa said.

“The numerous interactions he had with Sama over the years showed his visionary leadership and enormous passion for accessible, good quality healthcare for all South Africans,” Mabasa said.

He described Sefularo as a brilliant leader and said his death was a great loss to the medical profession and the country at large.