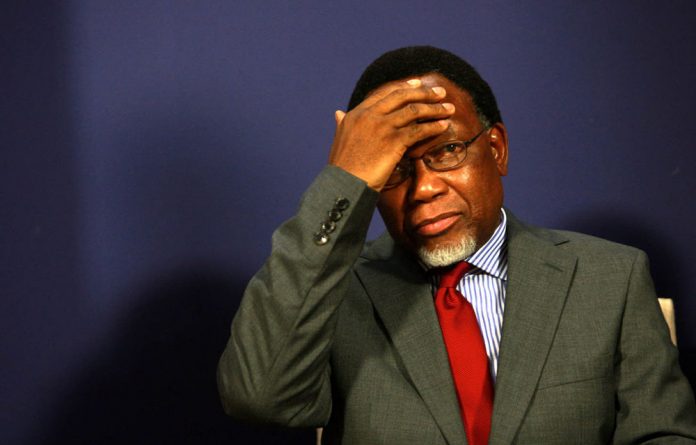 A war is raging over the new Companies Act between prominent critics from the financial and legal sector and the Department of Trade and Industry.

The key complaints are that the drafting of the Act was driven by foreigners who do not have sufficient knowledge of local conditions, there was insufficient consultation, submissions by local experts on the draft law were ignored and key sections are contradictory. The critics say that, although the new law is intended to protect minorities, it entails a complicated and open-ended process, which is unlikely to have this effect.

They also say its unclear and error-ridden nature will have severe and costly implications for companies. It is riddled with spelling mistakes, and words are missing, which makes sections nonsensical.

The Act, the result of a six-year process, was signed into law in April last year by then-president Kgalema Motlanthe without an effective date and contained more than 100 errors.

Following an outcry, a so-called “rectification notice” was gazetted in December. This, apparently the first in South African legal history, has created more problems. Stakeholders were expecting that an Amendment Bill would be promulgated, which would include their submissions, but the cryptic notice merely listed 103 changes, which deal with punctuation, grammar, spelling and inconsistencies, but does not explain what the changes would be.

The notice itself is controversial. “There is no rectification process in our law,” says Ratings Afrika’s Charl Kocks. “We use amendments.”

Many blame the situation on an opaque drafting process, with little local involvement. “A fundamental flaw from the start was the choice of non-South African parties to draft this legislation,” says Kocks.

“They have a different perspective on legislation than our own — our old Act was based on English law which we use as a basis in our courts. We are now moving sharply away from that and one of the results is that our old jurisprudence and court cases will become useless,” he says.

Even Knight is unhappy with the Act. In a confidential document he sent to the department, he listed 189 errors in the document, of which the Mail & Guardian has a copy. He writes that entire provisions and sections need to be completely rewritten or added. He says some of the errors were introduced by the portfolio committee and will create “uncertainty” and “conflict”.

Lindie Engelbrecht, of the Institute of Directors, says: “The legislation was drafted by legal people who have no business experience. The department said it did not want to use South Africans because it didn’t want the drafters to have vested interests.”

Experts also claim that the length and clarity of the regulations drawn up by the department’s minister, Rob Davies, are worrying. “Many regulations are unclear,” says Andreas van Wyk, a company law professor at the University of Stellenbosch.

“A number of the regulations have doubtful validity because they change the wording of the Act. The minister has the power to make regulations only so far as he is authorised by the Act to do so. But some regulations are so broadly drafted that they fall outside the Act.”

Opposition parties say that the Bill was rushed through Parliament. Cope’s Philip Dexter says: “I think they were trying to push it through to create a perception that they would be cracking down on companies — it’s sloppy work.”

“We’re now in a limbo position,” says Engelbrecht. “No one knows what’s happening, and that’s not a good place for a country to be.”

Material issues
The new Companies Act has brought worry lines to the foreheads of finance, industry and law firms.

What follows are some of the causes of concern expressed by law firm Webber Wentzel in a press statement on the issue.

Any shareholder, no matter how small, can apply to a court to stop any fundamental transaction, such as a merger or sale of assets. But because the Act does not specify a period within which to make these applications, a shareholder could make an application months or years after a resolution has been passed.

Another issue is that the Act provides that every shareholder will have the right to require the company to buy his or her shares at fair value if he or she objects to a resolution, such as a merger or amalgamation, which is passed nonetheless.

“Few companies will be willing to undertake merger and acquisition activity unless they know that there will be no dissenting shareholder,” says the statement. “This will be impossible in the case of listed companies with hundreds or thousands of shareholders — the financial impact of having to make payment of fair value may well cripple ­companies.”

Furthermore, the new Act will require only public, state-owned and non-profit companies to be audited. Webber Wentzel’s statement says that, although there will be obvious cost savings, “the impact of companies no longer being audited may well impact on funding institutions’ willingness to advance funds to non-audited companies and foreign investment may be curtailed”.

The business-rescue provisions are also cause for concern. A company can be put in business rescue by a resolution of its board of directors, or if its shareholders, creditors employees or trade unions make a court application. This means that there can be no legal proceedings by or against the company, no security can be enforced against the company, and the business-rescue practitioner that the company chooses to appoint can choose which contracts or parts of contracts the company will be bound to.

“The above consequences are obviously very far reaching,” says the statement. “But especially so that a company may simply put itself under business rescue by passing a resolution to that effect, with no court oversight being required at all.”

Department responds
The Department of Trade and Industry says that media criticism of the new Companies Act has been a “deliberate attempt to mislead the public and to undermine the power and ability of Parliament to make the laws of this country”.

It says the benefits of the Act will be increased efficiency in the registration and maintenance of companies, enhanced transparency requirements and corporate governance, and an increased ability of investors and minority shareholders to play their roles effectively. It adds that the business-rescue provisions will help curb “ever-increasing liquidations”.

The department says foreign drafters were used to enable a skills transfer to people in the department. But it claims the drafting team — Canadian Phil Knight and South Africans Judge Dennis Davis and Tshepo Mongalo — was mostly local.

The Act will come into effect in the third quarter of 2010.