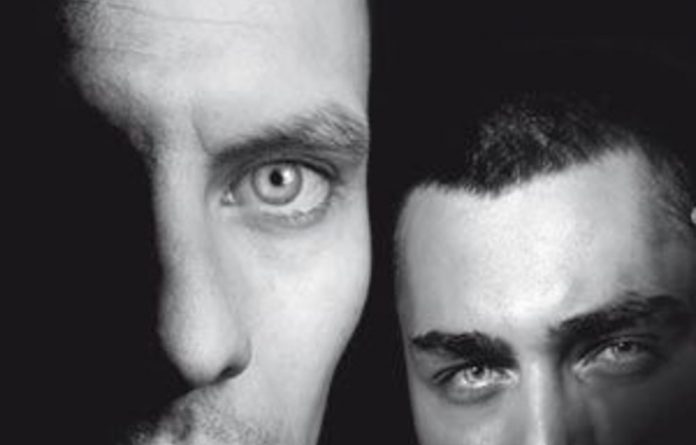 The “rainbow nation” of a free and democratic South Africa has to some degree tried to understand and embrace multiculturalism and pluralism of religion. Does this attempt extend also to current crime writing in South Africa and the surrounding Southern African region?

Although almost all Southern Africans profess some religious affiliation, their attitudes towards religion and religious beliefs vary widely. Given the high numbers of religious adherents it would not be surprising to find abundant reference to religious life in crime novels, which, as a genre, have a reputation for including issues close to the citizenry of a country or a region.

Recent international developments in crime writing signal its evolution into a potent framework for narrating the complexities of religious identity, citizenship and justice in a postcolonial world. Religious crime writing remains a genre that is not so well known on the continent, whereas in Europe and America the genre has been used to show an interesting mix between messianic love and terror, justice and violence, even though there is an apparent contrast between religion and violence.

The crime novel as a narrative form is probably the literary genre from which the reader can learn the most about society — James Ellroy contends that “crime fiction is a perfect vehicle for social and political criticism” — and thus also about contemporary Southern African societies and their views on religion.

It has been said that the church (taking the word “church” to include all religious spaces, such as the mosque) represents a perfect setting for crime novels as it symbolises an ideal that real people do not achieve in their lives, leading them to cover up their secrets. Religion has always been dichotomous in that it has good elements (feeding the hungry, treating the unfortunate with compassion) while at the same time including bad elements, aspects of violence that we can extrapolate from pogroms, jihads and crusades.

Although several studies about religion and American or European crime writing have been undertaken, very little has been documented about African religion as represented in crime writing and even less about Southern African religious representations in detective novels written by authors born and bred there. At an international level, some research has focused on the differences between female and male authors and their use of religious themes. Feminist crime authors often attack religion, in particular churches and their ecclesiastic leaders. Sara Paretsky, for example, puts her critical views on religion to us through her female detective, VI Warshawski; she strongly condemns the Catholic Church’s position against abortion, its wealth and its hypocrisy.

In general religious crime fiction can be openly critical of religion and its human exploitation, but lends itself less to metaphysical introspection, existential interrogations, soul-searching or mysteries related to faith.

Several reasons can be put forward: crime fiction is often action writing; in this type of fast-paced narrative the action is spontaneous, non-reflexive and reactive; there is little time to reflect on what is good and what is bad; and the character of the detective gets on with life and has no time to think, because s/he acts with immediacy. Death is seen less as the passage to the afterlife, as it is considered by religion, and more as a flagrant injustice because most often a “nice and much loved person” is killed. A detective, in principle, does not believe in mystery as s/he wants to understand everything and solve all problems, however “mysterious” they might look at first glance.

“Stuck between two opposing forces”: is that then the position portrayed by Southern African crime fiction? On the one hand, crime novels offer sociological representations of contemporary society and as such need to include representations of faith. On the other, some characteristics of crime fiction are incompatible with religion.

Crime writing in Southern Africa is quite a new development. Production started in the 1950s in South Africa, but the genre has only recently become popular. At first crime novels featured serial killers — to put it in a broader perspective, crimes of deviancy. (Perhaps there was a desire to steer away from the political issues dominating a nation in transition?) But for both English and Afrikaans writers, the current concerns focus on the sociopolitical realm.

In today’s crime novel the author emphasises the ineffectiveness of due process and the search for moral justice. Religion, although omnipresent in Southern African societies, has been given a back-bencher position in contemporary novels, such that there aren’t any Southern African detective stories that have religion as their main topic.

Many, however, have “religious intrusions”, allusions of some kind. These allusions are visible first in the authors’ choice of characters. This strongly contrasts with North African crime writing in general and Algerian novels in particular, which have been “infiltrated” by Islamic faith and its sometimes radical penchant. One Algerian author comes to mind immediately: Yasmina Khadra.
Notable examples of religious literary characters in South African crime writing include Louis-Ferdinand Despreez’s Reverend Molefe, who in Le Noir qui marche à pied (2008) kidnaps five white children to obtain ransom money and uses the Bible to justify his actions. In his Cape Town thriller, Mixed Blood, Roger Smith portrays a church-going crooked cop who likes shooting people.

The tension between the horrors of apartheid and a long history of colonial wars, as well as that of a First World country embedded in a Third World country, and Western and African cultures living side by side, are embodied by the relationship between Harry Mason and Jacob Tshabalala in Richard Kunzmann’s Dead-end Road. Mason is a British expat, a white South African police officer, a bumbling temperamental cop who is not only an outsider looking in but also an active participant in the country’s vagaries. He has no interest in religion. Tshabalala is Harry’s exact opposite: a devout Christian deeply influenced by the traditions of his medicine-man father.

A second type of intrusion is the setting of the plot in a “religious environment”, but we have not come across any post-apartheid literary examples. In Sepedi detective short stories there are significant intrusions of religious and faith-related customs in EM Ramaila’s The Money of the Ghost (1951), WT Matlala’s At the Graveyard of the Ancestors (1969) and Lebopa’s Another Man’s House (1991), which feature ghosts, “witchdoctors”, medicine men and rituals based on the reading of the divination bones, as well as the presence of the supernatural.

The opposition between traditional beliefs and Christian religious thought can be found in many recent post-apartheid crime novels, for example in Margie Orford’s Blood Rose. In Wessel Ebersohn’s The October Killings, the importance of praying is highlighted, whereas sangomas become important characters in Mackenzie’s My Brother’s Keeper.

It almost seems as if other faith systems have been left out. One exception is Neighbours — the story of a murder by Mozambican author Lilia Momplé, where the narrative is set on the eve of the Muslim festival of Eid. Also, in Mike Nicol’s Payback there is mention of Pagad and Muslim anti-drug vigilantes.

In the region there are three other countries in which crime writing is set. Botswana is the setting for the Mma Ramotswe series, in which McCall Smith proposes an idyllic version of Tswana society in which faith and religion are overwhelmingly soothing and smoothing aspects of society. This trend, even though the authors are slightly more critical of the environments they describe, is continued in Michael Stanley’s Inspector Kubu novels (A Carrion Death and A Deadly Trade) and Unity Dow’s 2002 novel The Screaming of the Innocent deals with the topic of ritual murder, witchcraft and traditional healing in Botswana.

In 1973 Henri Desroche reported that young scholars in sociology or exegesis were advised to read detective stories because crime novels afford the reader a variety of sociological viewpoints and an often realistically sound representation of contemporary society. The topics raised in South African crime novels somewhat reflect the trends out on the streets.

Even though today’s South Africa sees a steady decline of Western religions and liberation theories, there seems to be an exponential growth in independent churches and a steady growth with regard to Islam and New Age philosophies. This is not really evident in the most recent crime novels published in and around South Africa, in which mainly Christian belief systems and their religious representations and traditional Zulu/Xhosa religious practices are portrayed.

Although both crime writing and religion can be seen as synonymous with mystery, and numerous international authors have taken spirituality and faith as main themes for their crime novels, this is not really present in contemporary Southern African writing.
In this case the crime novel, although it clearly proposes a sociological overview of society as the authors see it, lags behind. The Southern African crime novel rarely portrays religion and when it does, it is incidental to a more sociopolitical narrative. This raises another question: are religion and faith systems unable to give answers to current issues in society?