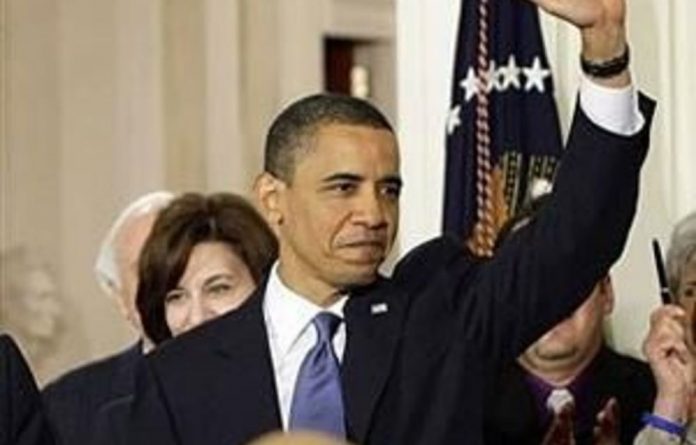 Ahmadinejad lashed out after the US unveiled new limits on use of the nation’s nuclear arsenal, but suggested that exceptions could be made for “outliers” such as Iran and North Korea, both accused by the West of flouting United Nations resolutions concerning their nuclear programmes.

“I hope these published comments are not true … he [Obama] has threatened with nuclear and chemical weapons those nations which do not submit to the greed of the United States,” Ahmadinejad said in speech broadcast live on state television.

“Be careful. If you set step in Mr [George] Bush’s path, the nations’ response would be the same tooth-breaking one as they gave Bush,” he said as crowds in the north-western city of Orumieh cheered “Death to America!”

In a policy shift, Washington said on Tuesday it would only use atomic weapons in “extreme circumstances” and would not attack non-nuclear states — but singled out Iran and North Korea as exceptions.

After a year of attempting diplomatic initiatives, Obama in recent weeks has ratcheted up pressure for imposing new UN sanctions against Iran for pursuing its nuclear programme, which Washington suspects is masking a weapons drive.

Ahmadinejad brushed off Obama’s policy, saying it reflected “his inexperience”.

“What Mr Obama has said, even Mr Bush whose hands were smeared with blood of nations did not,” said the hardliner who has refused to budge under Western pressure to abandon Tehran’s atomic drive.

“We advise Mr Obama to be careful in not signing anything they put in front. Wait and weigh things a bit. Beware that those who were bigger and stronger than you could not do a damn thing, let alone you,” he said.

Not alone
Ahmadinejad was not alone in condemning Washington’s nuclear policy, which also came under attack on Wednesday from two other top Iranian officials.

“We regard the recent position and comments of the United States as propaganda,” Foreign Minister Manouchehr Mottaki told reporters.

“They use new designs for new bombs, support Israel, which has many nuclear warheads, but on the other hand pressure Iran. This is exactly a domineering order and oppressive dealing which Iran does not accept,” he was quoted as saying by the ILNA news agency.

Israel is Middle East’s sole but undeclared nuclear power and it has not ruled out a military strike against Iran to stop its atomic programme.

Mottaki, meanwhile, said Iran was still hopeful that a UN-drafted nuclear fuel deal could be finalised if the US, France and Russia showed “political will”. — AFP