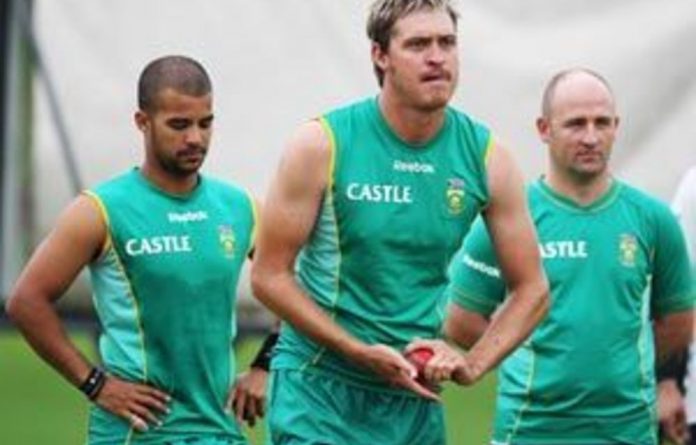 Harris, who spent eight years with the Titans, said he had been considering the move for some time.

“I want to play in the World Cup in the sub-continent next year, and to do that, I have to get regular game time in one-day matches.

“They told me I would have to prove myself and get the results if I want to make the squad. But I believe we need to play two spinners if we want to win the World Cup in the sub-continent, and I want to try to grab one of those positions.”

‘I want to be a regular player’
He denied there had been any tension at the Titans between himself and another Proteas spinner, Roelof van der Merwe.

“Roelof and I are great friends and it’s never been an issue between us, although we are competing for the same spot. I just felt I have been bowling very well, and I wasn’t getting regular opportunities.

“I’ve come to the stage in my career that I want to be a regular one-day player.”

He admitted there had been some criticism of his fielding when he first joined the national side, but said he thought his fielding had improved considerably.

“I’ll never be an AB de Villiers, but I’ve worked hard at my fielding, and I don’t believe I would let any team down.”

Steady improvement
Lions coach Dave Nosworthy, who previously coached Harris at the Titans when he first moved to Centurion, agreed.

“He’s very tall, which means he has to work harder at his fielding than some of the others, but he has a great pair of hands,
and is a very good catcher,” said Nosworthy.

“I am delighted to have him at the Lions. We have some talented spin bowlers, in Werner Coetsee and Aaron Phangiso, and a very exciting youngster, Tabraiz Shamsi, and Paul will be able to help them with the experience he has gained from international cricket.

“I will be doing everything I can to help Paul to achieve his ambition of playing in the World Cup. He is in the prime of his career, and I think he would be a valuable member of the team.

“But Paul is under no illusions — he knows he has his work cut out for him, with Roelof and Johan Botha both fairly firmly entrenched.”

Harris said joining the Lions rather than one of the other franchises that had been interested in signing him up meant he would be able to continue living in Pretoria.

“It just means doing the trek across the Jukskei, and I don’t have the upheaval of moving my wife and family,” he said.

“And my wife thinks I look good in red.”

Harris will travel to Bangladesh with South Africa A later this month for a tour including two four-day matches against the hosts and a triangular tournament against Bangladesh and West Indies A. — Sapa