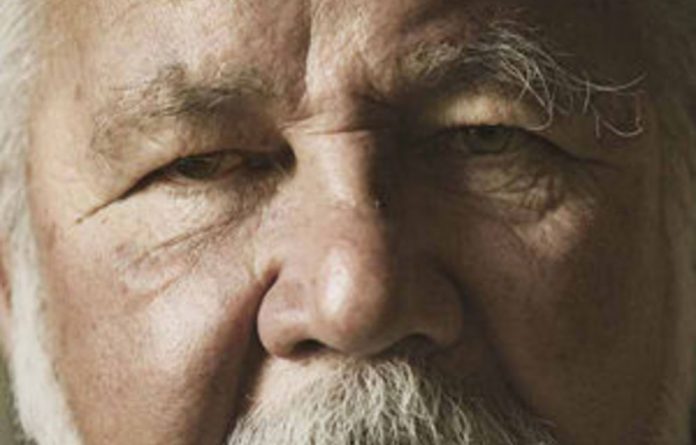 Eugene Terre’Blanche’s gruesome murder has filled many with revulsion and deep dismay over the country’s future. A highly divisive figure in his life, his death is not simply yet another statistic of “farm murders” that can be swept under the carpet.

Born in 1941 in Ventersdorp in the Western Transvaal, Terre’Blanche’s family background was in the security services. One of his grandfathers was a Cape rebel who fought in the South African War, his father rose to the rank of lieutenant colonel in the South African Defence Force and he himself signed up for the police force. During early 1960s he served in the special police unit entrusted with the safety of Cabinet members

Thus Terre’Blanche in his most formative years witnessed at close range the resurgence of the Afrikaner political confidence. The proclamation of a republic in 1961 seemed to many like the restoration of the vanquished Boer Republics. After the shock of Sharpeville had passed the economy grew so fast that the Financial Mail celebrated the period 1961 to 1966 as the “Fabulous Years”, with the gross national product increasing by 30% in real terms.

Two contradictory influences shaped his life. The one was what could be called Afrikaner militant vigilantism that goes back to the expulsion of the landdrost, Honoratus Maynier, from the frontier town of Graaff-Reinet in 1795, the ill-fated Slagtersnek Rebellion of 1815, and Paul Kruger’s successful challenge of the British authorities in the Transvaal in 1880/1. Above all there was the tragic hero of the Western Transvaal, General Koos de la Rey, who was widely rumoured to have been on the brink of leading a revolt against the Union government in1914 when he was mowed down by a stray police bullet.

Drawn to Verwoerd
The other influence was Hendrik Verwoerd, who as editor of the Die Transvaler during World War II strongly opposed the Ossewa Brandwag, an anti-democratic, paramilitary movement. Although he lacked his formidable intellect, Terre’Blanche was drawn to Verwoerd, both as orator and apartheid ideologue. Increasingly, however, he developed his own style as orator, drawing on his training as a drama student.

Terre’Blanche believed that any deviation from white supremacy, and its underlying philosophical and historical interpretation, spelled disaster. He deplored the “liberal” sports policy of BJ Vorster, Verwoerd’s successor, as the thin end of the wedge and unsuccessfully tried to enter local politics as a candidate of Albert Hertzog’s far right “Herstigte” National Party.

Disenchanted with formal politics, Terre’Blanche embarked on career of vigilantism in 1973 when he founded the paramilitary Afrikaner Weerstandsbeweging (AWB). The message was much cruder than mainstream apartheid: whites were superior to blacks and the “Boer nation” pure and sacred. The movement demanded the restoration of the Boer republics under the Transvaal Vierkleur, offering citizenship to Afrikaners and to white English-speakers who were prepared to be assimilated.

What set it apart from the more than 20 paramilitary movements on the right wing was its red, white and black insignia resembling a Nazi swastika, the leader’s bodyguard of masked men and Terre’Blanche’s blend of nationalist and racist oratory geared to attract unsophisticated rural Afrikaners whose previously secure world was steadily crumbling in the face of an increasingly assertive black population.

Two events catapulted Terre’Blanche to national prominence. One was the public tarring and feathering of the historian Floors van Jaarsveld, who questioned the nationalist myth that God had intervened on the Voortrekkers’ side in the battle against the Zulu in 1838. In a statement Terre’Blanche said: “We are tired of everything that is sacred to the Afrikaner desecrated and degraded by liberal politicians, dissipated academics and false prophets … just as Professor Floors van Jaarsveld attacks the sanctity of the Afrikaner at its deepest essence.”

The movement flirted with serious acts of terrorism. It planned to blow up integrated hotels and infest the Sun City hotel complex with syphilis germs. In 1982 Terre’Blanche and eight other AWB members were charged with possession of arms and explosives. Two were sentenced to 15 years’ imprisonment but Terre’Blanche received only a suspended sentence.

The 1987 election saw the Conservative Party surge ahead to become the official opposition, with the NP wavering between repression and reform. Polls showed that more than 80% believed that under black majority rule there would be reverse discrimination, and that the Afrikaans language and culture would be threatened, the physical safety of whites would be threatened, that white possessions would not be safe, and that white women would be molested.

When negotiations between the government and the ANC became a reality, Terre’Blache tapped into these fears: “Our main task is to be there when this government sells out the country, to restore law and order when it vanishes, to ensure our women and children are not maimed and raped by ANC murderers.”

World of make-believe
Terre’Blanche was living in a world of make-believe. He and his movement did not remotely have the capacity to act as an effective rebel force. The movement’s actual support was insignificant. According to a previous head of the security police I interviewed for this article, there was an active membership of at most 2 000 men concentrated in the Western Transvaal and the passive support of 20 000 to 30 000 people.

Terre’Blanche was to a large extent a creation of the media. Particularly for foreign journalists he embodied the stereotype of uncouth, fanatical Boers prepared to plunge the country into a bloodbath to resist the inevitable victory of the black majority. He was much more available to the foreign media than General Constand Viljoen, previous head of the defence force, who at one stage was thought to represent a serious threat to a constitutional settlement.

At the same time it would be wrong to dismiss the role of the AWB during the transition as insignificant. Janus Walus, Chris Hani’s assassin, was a paid-up member of the AWB. Terre’Blanche commented that if Walus had not committed the murder he would have wanted to do it himself.

But in concrete terms the AWB was an insignificant force and actually worked against a united white opposition. Constand Viljoen abandoned his efforts to save Lucas Mangope’s government in Bophuthatswana from an ANC-inspired insurrection when undisciplined AWB members arrived on the scene.

By the mid-1990s Terre’Blanche had become a figure of public fun and scorn. His threats turned out to be empty and a passionate affair with a journalist — English-speaking nogal — turned sordid. He fell off his horse in public and spent three years in jail after being convicted of assaulting a petrol station worker. He seemed to have dropped out of politics but revived the defunct AWB in response to the electricity crisis and poor service delivery.

Terre’Blanche’s murder in his own bed tragically confirmed the seemingly reckless predictions he had made during his career. It also highlighted the incompetence of the ANC in coming to terms with the task of running a society that is complex and deeply divided. Jacob Zuma has shown himself to be the most dangerous kind of leader: weak in authority over the party, he seems unable to control his followers yet recklessly keen to throw off the constraints of an independent prosecuting authority and the clauses of the Constitution that minorities look to for their protection. A perilous road lies ahead for South Africa.

Professor Hermann Giliomee is the author of The Afrikaners: Biography of a People (2003; expanded and updated edition 2009)