Original music comes out from under the covers 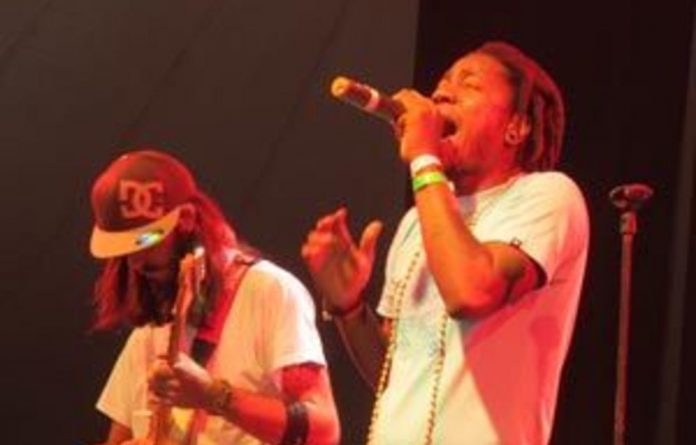 Has someone declared 2010 the year of the cover version and not told me about it?

Well if the line-up at the 21st edition of Splashy Fen music festival in Underberg was anything to go by, the answer is yes.
Punters moaned and groaned as they were subjected to band after band ripping through their favourite songs.

Jimi Hendrix was butchered, Bob Dylan was murdered and one band managed to ruin the White Stripes’ Seven Nation Army for good.

Whether it was the Redhand Blues Band’s Tom Waits pastiche or the Meditator’s endless revamping of Bob Marley’s songbook, my friends and I were left crying out for something original.

One positive that arose from this dire situation was that when a band hit the stage that could be described as “the real deal”, it was blatantly obvious.

Splashy Fen had four such bands in 2010.

On Thursday night it was Jo’burg’s blues monsters, The Shadow Club, who returned for a main-stage show after being the talk of the festival’s smaller stage last year.

On Friday night South Africa’s premier reggae band, Tidal Waves, took to the stage to show everyone how it is done, including Bellville’s New Holland, Fokofpolisekar and Die Heuwels Fantasties, who paled in comparison.

On Saturday the standout act was Tree Houses on the Sea, who made the most of a terrible time-slot just before the Sharks kicked off against the Reds in the Super 14.

But the band was pumped after having just driven back from Jo’burg, where they had won the Durex Ultimate Battle of the Bands, and they took the stage in style.

The six-piece outfit from Durban has a sound that is an addictive blend of hip-hop, rock, soul and jazz.

Vocalist Raheem is a power-house emcee, spitting rhymes like the best in South Africa, but his voice is delicately beautiful, too, and his ability to switch between the two with ease gives this band an original dynamic.

The tight-knit group is equally incredible, shifting from hip-hop to free jazz at the drop of a hat.

Their debut album, The Return of the Book Thief, is now available and fans of experimental, genre-bending music should seek it out with haste.

Then on Sunday night Californian hardcore outfit Horse the Band dropped in to show the locals what a professional stage show looks and sounds like.

This was one of the band’s last shows on their Southern African tour, which has seen them playing to audiences in places as far flung as Cape Town, Johannesburg, Grahamstown and Maputo.

Their sound has been described as Nintendo-core, after their gaming-inspired, synth-heavy takes on the hardcore punk and metal genres.

Lead singer Nathan Winneke had the audience eating out of his hands with the duality of his stage presence, which oscillated between intense and humorous, and keyboardist Erik Engstrom rocked hard for a man dressed in a banana suit.

It was a fitting end to another cracking Splashy Fen, which had a lot to do with vibe and a lot less to do with the music.
Rumours that the festival will be expanded to seven days next year were doing the rounds on Sunday.

One can only hope that the line-up will be a lot better so that Splashy Fen can stake a claim for South Africa’s premier music festival title and not just its friendliest.

Horse the Band have three shows left in South Africa. On Friday April 9 they are playing The Black Dahlia in Boksburg. On Saturday April 10 they play the Bells Sundowner in Alberton and on Sunday April 11 they play at the Scout Hall in Grahamstown. Click here for an interview with the band.