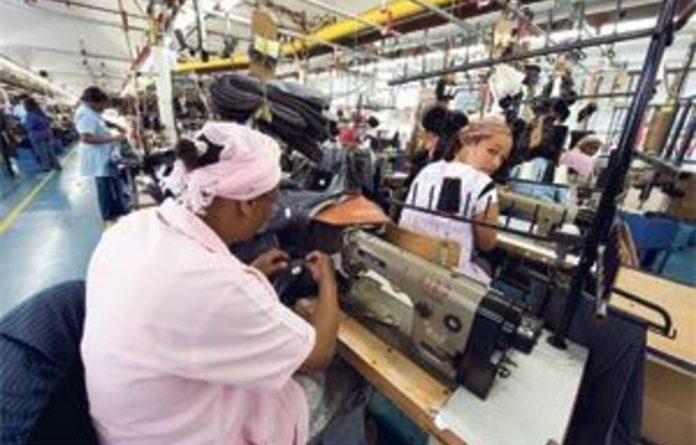 There is a great deal of talk at present about who really controls South Africa’s economic policy and amid the clash of arms it is easy to miss just how pivotal a moment we are in.

President Jacob Zuma inherited Thabo Mbeki’s economic policy legacy at a time of real fluidity in domestic politics and against the backdrop of the upheaval occasioned by the global financial crisis.

Uncertainty at home about who holds the whip hand in economic policy has opened an unprecedented amount of space within the government for contestation over South Africa’s economic model, while the debate internationally about the architecture of the financial system has provided encouragement to those who are advocating major reforms. The impact of job losses and faltering growth in 2009 has steadily raised the temperature of these discussions.

So what are we to make of government’s stated desire to establish a “new growth path”? It is a longstanding tripartite alliance ambition to diversify the economy away from its reliance on mineral exports, while creating “decent work”. This purportedly requires a “developmental state” effectively utilising development finance institutions, regulatory bodies, government procurement and industrial, trade and macro-economic policies oriented towards promoting domestic manufacturing that can compete in export markets.

There may be some consensus on these broad goals, but the detail of what policy instruments to use, and how, is hotly contested. This contributes to creeping uncertainty in the investor community regarding the future of economic policy in South Africa. At the heart of this uncertainty is the country’s posture towards the global economy.

These matters have moved into sharp relief in the wake of calls by some in government and the alliance to raise import tariffs on “strategic products”. Cosatu, in particular, argues that protectionism is necessary to afford domestic producers the space to restructure their operations to survive foreign competition. It adds that the state should strategically protect selected industries to build local industrial capacity and thus promote industrialisation.

A logical corollary is that the nominal exchange value of the rand should be deliberately undervalued to promote exports and inhibit imports. These views find substantial resonance in the business community, particularly in the manufacturing sector, parts of which quite fancy protection from the chill winds of international competition.

The economic development department now controls some key policy levers that will be used to implement this approach: the Industrial Development Corporation, the International Trade Administration Commission, the Competition Commission and, potentially, its proposed Economic Development Institute. However, exchange rate and macroeconomic policies more broadly remain prerogatives of the treasury and the South African Reserve Bank.

Furthermore they are sceptical that governments in general, and in South Africa in particular, have the capability to determine which industries are likely to succeed and refer to this as “pretence of knowledge”. They fear government failure rather than market failure and are suspicious of attempts to foster “strategic industries” or to intervene in currency markets, as this delays structural change and can generate nasty unintended consequences, such as inflation.

The treasury is known to have supported this view in the past and in the latest budget policy review reference is made to this approach in the context of promoting microeconomic reform: “opening up the economy to investment and trade opportunities that can boost exports”. Indeed, the tone of the budget review throughout is supportive of an emphasis on openness and productivity to boost the competitiveness of the economy. It is possible that the National Planning Commission under Minister Trevor Manuel could tilt in this direction through its likely emphasis on reform at the level of the real economy.

Given the current attention afforded to the role of the treasury in domestic economic policymaking (that is, its “control” over other government departments), this could sharply raise the stakes in the struggles being waged over South Africa’s economic policy agenda. Whether this would translate into a debilitating inter-agency turf war between government departments and alliance partners would have to be seen, but it can’t be ruled out.

More broadly, it seems to us that there are two clear aggregate tendencies emerging in the battle over economic policy. The major battle line is an old one between the “disciplined left” and the “orthodox right”. The divisions between these tendencies are fairly predictable, even if the actors are not.

The “disciplined left” favours a stronger role for state-owned enterprises in directing the economy, limited nationalisation, less orthodox monetary policy and deliberate exchange-rate management in support of interventionist industrial and potentially protectionist trade policies. This tendency is evident in the trade and industry and economic development departments, with the latter newly in command of a powerful set of economic policy resources.

The “orthodox right” favours market-led reforms including privatisation of state-owned enterprises, no nationalisation, more orthodox monetary policy, no exchange-rate intervention and microeconomic reforms including trade liberalisation rather than industrial policies per se. This tendency seems to be evident in the three most powerful state institutions: the treasury, the Reserve Bank and potentially the planning commission.

A wild card in this mix is an increasingly powerful group — crystalising around the Black Management Forum and ANC Youth League leader Julius Malema — that appears to favour accumulation of state-linked assets for the purpose of maximising patronage and political power. The extent to which this “tendency” has a coherent economic policy programme is not obvious.

Linked to this rentier tendency is a growing problem of corruption and maladministration at local and provincial government levels and to some extent at national level. This tendency undermines the approach of the “disciplined left” because it is difficult to see how a “corruption-state” could be developmental; but it could also undermine the “orthodox right”, because those who have secured key state resources do not want to open up to competition.

This is a complicated cocktail of interests, actors and institutions and we won’t try to predict how it will all play out. Instead, we invite readers to submit their own thoughts on the dynamics we have outlined, with particular reference to South Africa’s future engagements with the world economy.

We will also approach selected individuals on both sides of the debate — as we have perhaps unfairly caricatured it here — to contribute their opinions. In so doing we hope that participants will contribute in the spirit of the 2010 World Cup: play the ball and not the person. Let the debate begin.

Peter Draper is trade programme head at the South African Institute of International Affairs; Nic Dawes is editor-in-chief of the Mail & Guardian. Contributions to the debate on South Africa’s international economic policies may be addressed to [email protected]