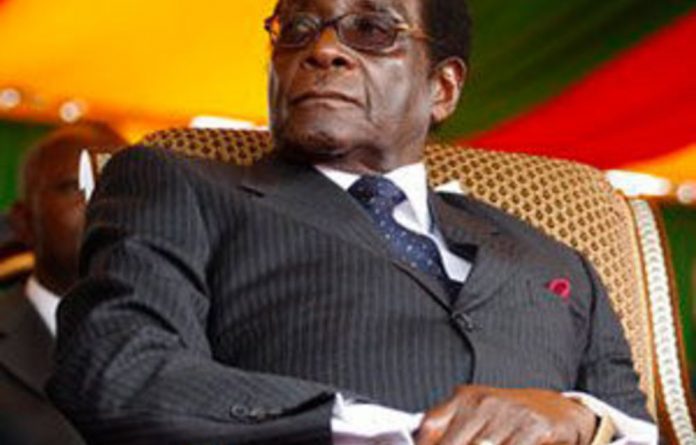 Zimbabwe celebrates 30 years of independence this weekend, but there is little hope for the future in a country only slowly recovering from economic collapse after three decades of President Robert Mugabe’s rule.

Mugabe, now 86, spearheaded a guerrilla war against white minority rule in the then-Rhodesia, but critics charge that he has ruined one of Africa’s most promising economies since taking over power from Britain in 1980.

“It should be a landmark anniversary, but unfortunately for many people it is a time to count lost opportunities, and wasted lives,” said Lovemore Madhuku, a political commentator and head of pressure group National Constitutional Assembly (NCA).

On Sunday, Mugabe will lead freedom celebrations in Harare, but many people are spooked by the prospect of his running for another term in elections expected in 2013. Mugabe said last month he would stand again if nominated by his Zanu-PF party.

Mugabe was last year forced into a power-sharing government with arch-rival Morgan Tsvangirai, now prime minister, after a political crisis sparked by a disputed general election in 2008.

While the fragile coalition has stabilised the economy and reopened schools and hospitals, it is too broke to rebuild collapsed public infrastructure and provide clean water.

At least eight out of 10 potential workers are unemployed, and organised crime and corruption are increasing in the wake of a decade-long economic recession.

Despite criticism that the move will damage the economy and discourage foreign investment, Mugabe is pressing on with plans to turn over control of foreign firms to locals under a black empowerment drive.

Analysts say ordinary Zimbabweans are frustrated with the slow pace of economic recovery and reforms towards democracy since the unity government assumed office 14 months ago.

“Instead of celebrating freedom, a lot of people are preoccupied and are rightly worried about their lives and the future,” Madhuku said. “There is very little happening around us to give anyone any sense of comfort.”

Old rivals bickering
Zanu-PF and Tsvangirai’s Movement for Democratic Change (MDC) are jointly organising the independence festivities, but analysts say tensions remain between the two parties and there is no obvious public enthusiasm over the anniversary.

The two rival parties are still bickering over the appointment of senior state officials and how to get sanctions imposed on Zimbabwe by Western governments lifted.

A drive to write a new constitution leading to new elections is running eight months behind and Western donors have withheld aid over the reforms and implementation of a power-sharing pact.

Zimbabwe says it needs $10-billion to revive the economy.

Critics believe Mugabe’s strategy is to hold on to as much power for as long as possible while reorganising his party for another battle against the MDC, which his political supporters hope will weaken and split ahead of an election.

“Mugabe’s consistent position is to try build his party and his fortunes on their history in the liberation struggle even when you think that has run its course,” said Eldred Masunungure, University of Zimbabwe political science professor.

“It’s a hard sell, particularly with the younger generation, but then Mugabe is a hard man who doesn’t concede ground easily and you don’t count him out until he is down,” Masunungure said.

Analysts say some Zanu-PF structures have been fractured by the near loss of power in 2008 but the police, army and state security brass — the imposing frontline of Mugabe’s political machinery — still largely back the ageing leader.

Many Zimbabweans now believe that the greatest threat to Mugabe’s wish to continue in power is the economic devastation brought by his controversial policies.

While Mugabe argues that his seizure of white-owned farms for landless black Zimbabweans was meant to correct colonial injustices and economically empower native Zimbabweans, it has left a former breadbasket of the region surviving on food handouts.

Millions of Zimbabweans have fallen into penury over the years while an elite closely linked to his Zanu-PF has become incredibly rich and is given to outrageous displays of wealth in collections of limousines and palatial homes.

“Unless the economy is fixed, and fixed quickly, there is little to celebrate. Our economy is in a very bad shape and it doesn’t look like there is a realisation that modern states rise and fall on their economies,” said Harare-based economist Eric Bloch. — Reuters