Cost, safety determine whether jets fly above or below cloud 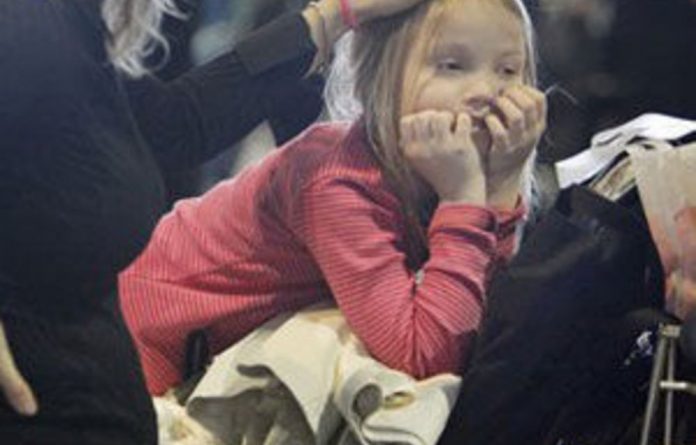 The ash cloud surging from an erupting Icelandic volcano is hanging lower in the air, which is good news for travellers, but strong winds higher up still made conditions uncertain, officials said on Tuesday.

The volcano under the Eyjafjallajökull glacier, about 120km south-east of the capital Reykjavik, has been erupting for almost a week. Some fears have been expressed that the eruption could set off the neighbouring, larger Katla volcano, but officials said no activity had been detected.

She said the cloud had been at 3 048m most of the night, lower than previous readings of six to 11km.

“It could not be detected by radar during the night, which means it is low. The lower the plume is, the better it is for the rest of Europe,” she told a news conference.

However, she noted there were still strong north-westerly winds at higher levels. “That is why it is difficult to say [about the impact on air traffic],” she added.

An Icelandic web camera showed a steady stream of smoke coming from the volcano and rising into the air in huge clouds.

Iceland has been saying the ash cloud was dropping, but British air traffic controllers warned overnight that a new ash cloud was heading for major routes.

Petersen said the ash had probably been spewed out before conditions changed.

“If there has been ash detected over England today or during the night that is going to be from about 24 hours earlier. This is not an instant thing,” she said.

Cloud varies in height
Kjetil Toerseth, director of regional and global pollution at the Norwegian Institute for Air Research, explained that the cloud varies in height and thickness according to location and is not a single plume that is the same density everywhere.

The thickness varies according to belches of the volcano over the past six days and the strength and direction of the winds.

A simulation of the plume on his institute’s website shows waves of dust that head towards north-western Europe and then gradually fan out.

These waves range in altitude from roughly 5 000m — although some passes through at heights lower than this — to about 11 000m.

“Lower is difficult, because you will always have particulate matter. There is no altitude which is completely safe below 11 000m. Above 11 000 of course is safer.”

Flying above 11 000m is a problem because planes may well have to ascend and descend through the cloud, he said.

Other factors are whether aircraft types are able to fly at this height, and what the added cost would be, he said.

For flying at low altitude — on the assumption that the air corridor is clean of ash — the big factor is cost.

At lower altitudes, the atmosphere is denser, which means a plane needs more power to “push” through atmospheric molecules.

“It is possible, but it’s not ideal because jet aircraft do not operate so well at low altitude. It makes them burn more fuel and it’s expensive,” said David Kaminski-Morrow, a journalist with the British aviation publication Flight.

“There is a relatively strong, continuous low frequency tremor. It is being felt and observed in the countryside east of the volcano,” she said.

The tremors could be caused by lava splatters inside the crater or by shaking inside the vent of the volcano.

She said scientists had been observing the neighbouring Katla volcano, which local people fear would lead to a much more powerful eruption if it went off.

The University of Iceland’s Institute of Earth Sciences says Katla is one of the most active volcanoes on Iceland. Its last major eruption was in 1918, and it is also covered by a glacier.

“We have no indication there is an eruption because there is no seismicity and the volcano is not expanding,” added Vogfjord.

Few Icelanders have been affected by the eruption, with mainly sparsely populated farm lands nearby hit by some flooding and falling ash.

The capital city has suffered no ash fall as yet and a police official said the winds would have to be strong and in the right direction to take ash as far as Reykjavik. – Reuters, AFP

Iceland crash out of World Cup