From the sideline to the centre 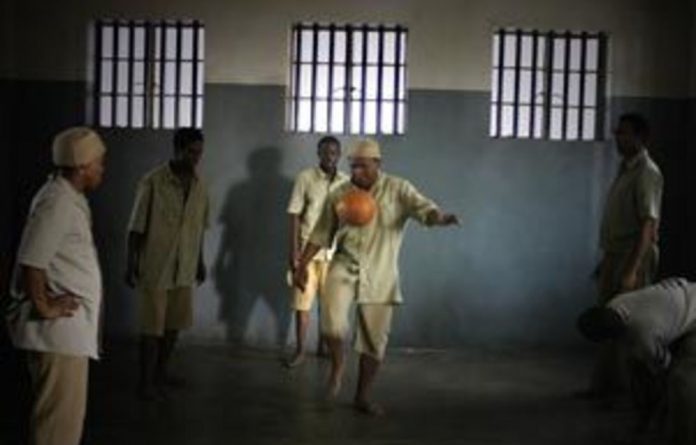 A travelling cinema showing films about football players such as Argentine great Diego Maradona, Brazilian legend Pele and the Chelsea pair of Didier Drogba and Michael Essien is doing the rounds of 50 small towns in South Africa. None of those on the itinerary will be hosting World Cup matches.

The project, Soccer Cinema, was conceived by documentary filmmaker and producer Don Edkins, who has had a great deal of experience running mobile cinemas in Lesotho. Among his credits is the Southern African series on truth and reconciliation, Landscape of Memory (1998), and the breakthrough HIV awareness series, Steps for the Future (2001 to 2004).

In an interview with the Mail & Guardian from Qunu in the Eastern Cape, Edkins said the idea behind the project was to “give South Africans a chance to get a glimpse into the world of football and to use the power and magic of the beautiful game to bring people together”.

There are ample examples of football’s unique power to unite in Soccer Cinema’s catalogue. For instance, the film Drogba Fever shows Drogba using his influence to broker peace between warring factions in the south and north of his native Côte d’Ivoire. The Gods of Brazil leaves you wondering whether the maddening genius of Pele and the unstudied ease and elegance with which Garrincha penetrated defences in reality prepared white Brazilians for the acceptance of black excellence.

The mobile cinema will visit all South Africa’s nine provinces. “The idea is to make everyone feel part of this event, one of the biggest since the dawn of democracy in 1994.”

But the screenings will do more than make those sitting on the edges of the mainstream feel part of the big football celebration. Edkins said: “Many areas we have visited, especially remote rural villages and towns, and even townships, sorely lack recreational facilities and are far from having a cinema. The only entertainment on offer are taverns.”

He said that the template they were working on — that of mobile cinema — was popular in developing countries, although he wasn’t aware of another itinerant football cinema.

He imagines that the World Cup could have “a greater potential than the 1995 Rugby World Cup” to “bring South Africans together”. To do this, Edkins and company are reaching out to the people the Fifa mega-corporate junket will inevitably leave behind. “Most people will not be able to afford tickets or transport to attend games.

“We are trying to reach places that won’t even have a fan park or public viewing areas to watch the games and allow them, through this small initiative, to get a feeling of being part of a global event.”

But, to date, the response hasn’t been overwhelming. Edkins said that at most of their screenings they had entertained more children than youths and adults — their target audience.

These are some of the football-themed movies that Soccer Cinema is screening until June 2, a week before the tournament kicks off:

The African Dream
Directed by Paul Yule, it revolves around Michael Essien, Ghana and the 2008 Africa Cup of Nations final.
Using the biennial football spectacle, the documentary examines the greed and naked ambition that surrounds the game, the realised hopes and dashed dreams of many would-be footballers and the influence that the African game, especially that of West Africa, has had on the European game.
Inevitably, the movie focuses on the football academies, a conduit for the transference of African flesh to Europe. Because the industry is peopled by football agents of doubtful integrity, the practice has been described by some as slavery.

More than Just a Game
Anant Singh produced this docu-drama, directed by Junaid Ahmed, in 2007. Robben Island in the 1960s is the setting and the story is narrated by former prisoners. It features Presley Chweneyagae as Mark Shinners, Wright Ngubane as Antony Suze, Az Abrahams as Sedick Isaacs and Tshepo Maseko as Lizo Sitoto.
With sheer obduracy, the inmates persuaded prison authorities to allow them to play the game on weekends. From humble beginning — playing the game with a ball made from paper and rags — the island ended up with a league, complete with referees and a constitution.
It’s a stirring statement on how football can make a difference in the lives of people.

History of Ivory
Although a lot has been written about the brain drain from the developing world, not a lot has been said about the transfer of young football talent to Europe.
Beveren, a first-division football club in Belgium, is the egregious epitome of this latter-day slavery. History of Ivory features Jean-Marc Guillou, a football scout and coach, and the founder of the Abidjan football school.
The story unfolds both in the Beveren boardrooms — where some, rightly, are confounded that their local team is increasingly full of Ivorians — and in Africa, where Guillou collects young boys to ship to the “slave” markets of Europe.
The film shows the risks and insecurities faced by young boys plucked from their families and loved ones.
We encounter a younger Emmanuel Eboue (now at Arsenal) and Yaya Toure (now at Barcelona) and their hazard-strewn paths to global stardom.

Drogba Fever
If Chelsea striker Didier Drogba becomes more popular than he already is, he will move into the equivalent of Mahlamba Ndlopfu, or whatever the Ivorians call their president’s residence.
In this documentary (which is a tad amateurish), directed by Naashon Zalk, the filmmaker goes in search of the Drogba legend on the football pitches of Abidjan and in the striker’s ancestral village, where he has built a school, houses and drilled a borehole.
The film also examines Drogba’s role in ending the civil war that divided the rebel-controlled north from the government-run south.

The Gods of Brazil
Who is the greatest Brazil player of all time?
Pele, I hear you say. Perhaps not — it could be Garrincha. At least, that’s what this documentary, made by Jean-Christophe Rosé, seems to suggest.
The debate about the world’s greatest footballer is one that is regularly dusted off whenever an exceptional player emerges.
Using archive footage — some of it grainy — the immensely watchable DVD charts the path of Pele and Garrincha, two of Brazil’s football legends. It shows how Pele, ever so clever and media savvy, is regularly held up as one of the best players in the world, whereas the other, an alcoholic who died at 49, is known only by football aficionados of a certain age.

The Game of Their Lives
More than 40 years ago, in 1966, North Korea qualified for the World Cup hosted by England. But there was a problem: enmity between England and North Korea — and the former was wary of doing anything that would let the communist republic score diplomatic points.
By interviewing seven survivors of the team — wizened old men in medallion-studded jackets — Daniel Gordon tells the improbable story of the team no one gave a chance. They arrived in England incognito, endeared themselves to the Middlesborough working class and reached the quarter-final, passing through a group that included Italy and the Soviet Union. A beautiful David-and-Goliath story.

For schedules and details go to www.soccercinema.co.za