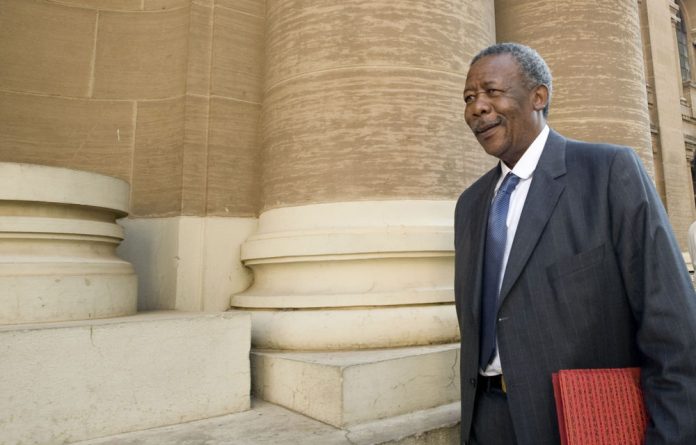 Seasoned silk Jaap Cilliers may have been speaking too soon when he referred recently to convicted drug dealer Glenn Agliotti as “one of the worst, if not the worst, witnesses ever to testify in a South African court”.

Cilliers said this during his argument for the discharge of his client, Jackie Selebi, and didn’t know then the former police boss would have to step into the witness box himself. Because, if he knew, Cilliers might have kept it to himself.

Few people attending Selebi’s corruption trial this week would disagree that the former police chief’s evidence has been dismal. And, although this doesn’t make him guilty of the charges he faces, it has bolstered the state’s case tremendously.

Where Agliotti was mostly composed and straightforward (he admitted to lying and said he never attempted to “bribe” Selebi), the former police national commissioner cut an arrogant and dissembling figure in the witness box.

He was often caught out by chief prosecutor Gerrie Nel, changing his version of events when cornered and frequently fell back on long, irrelevant speeches from the witness box.

In Nel, Selebi has found his match. Like a bull terrier refusing to let go, Nel asked Selebi the same question over and over until he got the answer he wanted.

To say Selebi doesn’t like Nel and his team of ex-Scorpions prosecutors and investigators would be a huge understatement.

His contempt for the Scorpions, their former boss Vusi Pikoli and key Scorpions informant, ex-airports security boss Paul O’Sullivan, clouds Selebi’s entire testimony. At the slightest opportunity Selebi launches into another anti-Scorpions or anti-O’Sullivan tirade, at the end of which Nel remarks wryly: “Are you done, Mr Selebi?”

This infuriates Selebi. It is clear he is used to being the boss; to having the last say.

No longer in charge

But the witness box of the South Gauteng High Court is not Selebi’s old office at Wachthuis; he is no longer in charge of the men and women in blue; and former president Thabo Mbeki, his old friend and protector, with whom he still has a “very good relationship”, has long been booted out of power. Selebi stands alone, stripped of the layers of blue-light protection and, he looks pretty naked.

To convict Selebi of corruption the state will have to prove beyond reasonable doubt that he accepted money from Agliotti with guilty intentions and, in return, performed some duties or failed to perform some tasks for the benefit of Agliotti and his associates. Apart from a Swiss army knife, Selebi denies receiving anything from Agliotti.

The charge of defeating the ends of justice requires the state to prove that Selebi wilfully compromised criminal investigations by sharing secret documents with Agliotti or interfering with legal processes.

This week the state’s case was strengthened in the following ways: