The secret world of Oprah 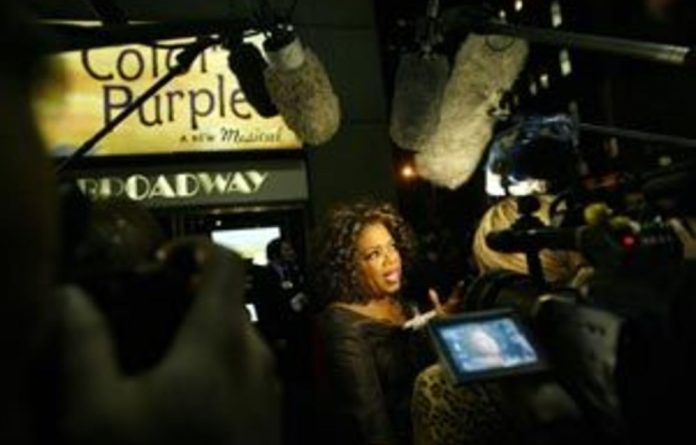 Given that she is one of the world’s most celebrated women, with a multibillion-dollar media empire centred around her own personality, there have been strikingly few books about Oprah Winfrey. Among the many volumes dedicated to the O factor, most are published by Winfrey herself, some are children’s books and the rest are hagiographies (The Gospel According to Oprah, for example) or collections of her own quotations.

Winfrey plays a central role in the United States media, with her own TV studios, magazine and the hugely influential Oprah’s Book Club, which perhaps goes some way to explaining the reluctance of the publishing industry to tell the intriguing story of her rise to power. But what is it about Winfrey?

How has she managed to discourage journalists and publishers from taking her on as a legitimate subject of investigation and how did she successfully floor Kitty Kelley, reputedly the world’s most tenacious biographer?

Robert Feder, a media blogger who until two years ago was the TV columnist for the Chicago Sun-Times, cites the cases of two Chicago journalists who put forward solid, well-researched proposals for Winfrey books, yet could not find a publisher willing to touch them. “They were not proposing rip jobs of Oprah, they were relatively favourable to her. And yet the publishing houses were so fearful of her they would not take the risk,” he says.

This week that publishing silence was broken with the arrival on the bookshelves of Oprah: a Biography. It is the latest from Kelley, the poison-pen writer whose previous subjects have included Jackie Kennedy Onassis, Nancy Reagan and the British royals. In the past she has uncovered details of John F Kennedy’s sexual trysts and George W Bush’s cocaine consumption. Her aim in this new Winfrey book, she says, is to debunk the mystique of this global public figure, to separate “fact from myth”.

Only this time, it seems, she has failed. By general critical consensus, she hasn’t been able to find Winfrey’s Achilles heel. The book contains few revelations. Kelley says she was told by a Winfrey cousin the identity of the star’s biological father, though declines to name him; she exposes a penchant for sour-cream potatoes, Ding Dong cakes and fried chicken. So far, so underwhelming.

Kelley also revealed on ABC television this week that her own publisher, Crown, had shown signs of anxiety about the biography. She also alleged that several TV hosts, from Barbara Walters to Larry King and David Letterman, had shunned her from their shows because of their personal ties with her subject.

By her own admission, Kelley bumped up against a daunting wall of silence that protects Winfrey from the prying eyes of journalists. Though she claims to have conducted more than 800 interviews, almost a third of the people Kelley approached refused to speak to her. In a foreword to the book Kelley says she encountered a “kind of fear” instilled in Winfrey’s friends and employees that deterred them from cooperating freely.

Observers who followed the rise of Winfrey as a television sensation in Chicago saw a tendency towards privacy develop into an entire business philosophy. Feder recalls that at the start Winfrey was accessible and open to the media. Before the start of each TV season, he would meet her to chat about her plans for the year and gossip about the competition. She’d send him Christmas cards and they would speak often on the phone.

In 1994 Feder wrote a piece for his paper disclosing that Winfrey was being sued by her former publicist over her employment practices.

Overnight, their relationship changed. “Almost immediately I felt myself being shut out. My access stopped,” he says. “She wanted tighter control over her image and message and she began shutting everything down. Our access began to disappear.” He never got another Christmas card.

When The Oprah Winfrey Show went nationwide in 1986, the incentive to contain and manage her self-image grew. It was not just that Winfrey was amassing a media empire — one valued at $2,4-billion this year — it was that she was turning herself into a brand.

Own herself is precisely what she did. In 1988 she set up her own TV studio, Harpo — Oprah backwards — where she recorded her show, followed by a film studio in which she made TV movies. Ten years later she set up Oprah.com and two years after that she launched O magazine. She secured so many outlets through which she could stream her own perfectly honed story that she no longer needed to deal with mediators such as journalists and authors who might see her in a different light.

“She has been exceptionally successful at controlling her own image,” says Janice Peck, media professor and author of The Age of Oprah. “She has repeated her own story over and over and nobody can gain enough access to check the truth of what she says.”

At the centre of Winfrey’s castle of secrecy is a legal requirement that she imposes on anyone who works for her: a confidentiality agreement never to reveal anything about her. Every member of the 500 or so Harpo staff has to sign one, as well as those on the fringes — according to Kelley, that includes caterers, florists, upholsterers, plumbers and the vets who treat her dogs. The legal restraint lasts for life.

Lawyers say such agreements are as commonly used by celebrities in the United States to clamp down on media intrusion as libel laws are in the United Kingdom, though Winfrey has made it into an art form. “The question you have to ask is whether this deprives people of their freedom of speech. Some would say that such blanket use of confidentiality agreements should not be allowed,” says Andrew Celli, a New York-based first amendment lawyer.

Elizabeth Coady, a former Harpo producer, tried in 1998 to write a book about her time in the company and was stopped by the courts, which ruled that her hands were tied by the agreement she signed. That sent a chill over the publishing world that is still felt today.

Winfrey says she is merely protecting herself from incessant snooping.

But observers such as Feder suspect she has sacrificed something in the process.

“I feel very sad about it,” he says. “She has lost a good deal of the common touch that ironically helped bring her to the position she holds today.” —

You Must Set Forth At Dawn chronicles events in the writer’s life, inc
Read more
Advertising
Continue to the category
Business