TopTV launches on May Day 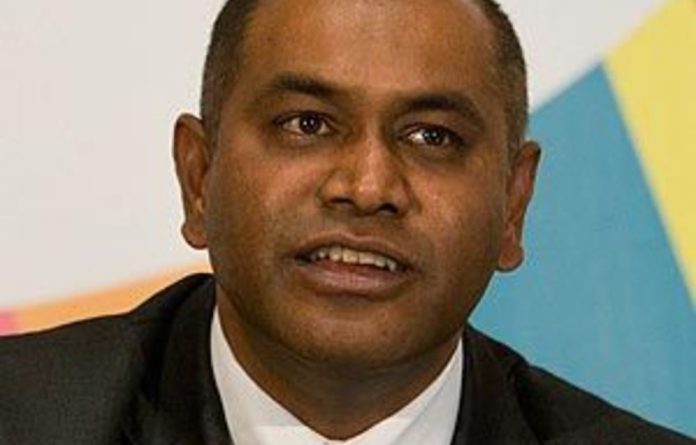 While the world is out protesting on May Day, South Africa will see DSTV’s first satellite television competitor TopTV hit the airwaves.

TopTV will offer a total of 55 channels in bouquets that range from R99 to R249 per month.

“There are five and a half million TV households in South Africa with limited channels,” said TopTV CEO Vino Govender. “We are going to change that landscape on Saturday by bringing 52 video and 25 audio channels to market.”

Meanwhile, MultiChoice is due to reveal its new bouquet, DStv Lite, on Friday, which will directly compete with TopTV at R99 a month.

Govender pointed out that DSTV subscribers will be able to run both services, however two satellite dishes will be required because the two services receive their signal from different satellites.

Installation costs
The consumer needs R499 to secure a decoder, satellite dish and installation, and can then choose a range of television channel packages for between R99 and R249 per month.

Govender said that 50 000 decoders will be in the market nationwide from May 1 and that by the end of June this will have increased to 125 000 decoders.

The company is planning for a 48-hour waiting period for the installation of a TopTV set but if demand is excessive it may take a little longer.

According to Govender there are 900 installers nationwide that are waiting and ready to go.

Consumers will be able to pick up their TopTV set from most major retailers including Pep Stores, Game, Makro and Pick n Pay.

The basic package consists of 25 channels and will cost subscribers R99 a month.

On top of this, subscribers will also have access to the four current terrestrial free-to-air channels run by the South African Broadcasting Corporation (SABC) and e.tv.

Subscribers can opt to buy additional channel bouquets, including a 14-channel kids and music bouquet, an 11-channel family and knowledge bouquet and a seven-channel premium bouquet.

If a customer opts for all four bouquets, they will pay R249 per month for 55 channels.

TopTV has secured programming and channels from household names such as Fox, Warner, Disney, CBS, and Discovery, to name a few.

TopTV is targeted principally at customers in the Living Standards Measure (LSM) 5-8 bands, due to the fact that Multichoice has already monopilised the LSM 9-10 market.

Two million for Multichoice
Multichoice, like many subscription broadcasters, used sports and movie rights to drive its subscription numbers, which currently sit at over two million.

It remains to be seen if Top TV’s lack of quality sports channels will affect its take-up in the market, however Govender said TopTV has done years of market research and is convinced that not all South Africans are sports mad.

“During our market research people said at this price I will put TopTV in and go watch the big game down at the pub,” said Govender.

Govender said TopTV would be targeting 5,5-million households in South Africa when it launches and it is expecting to have 380 000 subscribers by the 36th month of operations, which would be the company’s break-even point.

Controversy over the set-top box, which has delayed the government’s rollout of digital television for 16 years, rages on at the Zondo commission
Read more
Environment