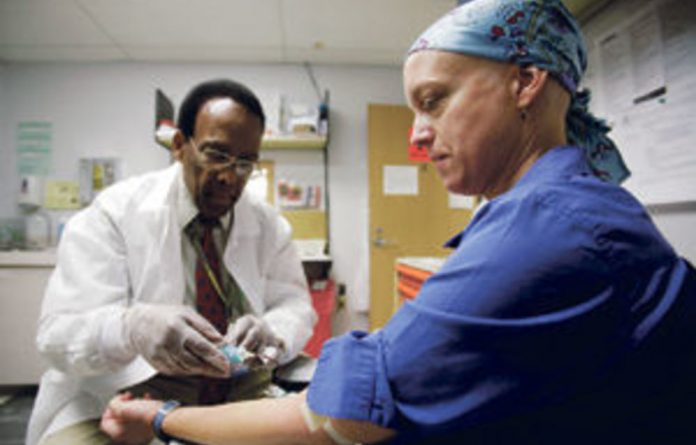 A five-minute test could save thousands of lives from bowel cancer every year, scientists said this week, hailing the procedure as the most exciting cancer development in many years.

Researchers reported that, in a trial, screening cut deaths by 43% and the number of bowel cancers by a third. There are 16 000 deaths a year from bowel cancer in the United Kingdom alone and it is the second-biggest cancer killer after lung cancer.

A national screening programme to detect cancers in the over-65s has recently been implemented, but scientists today say their test in a younger age group would prevent cancers developing.

Introducing the new screening technology across the UK would save at least 3 000 lives a year, they say. Harpal Kumar, chief executive of Cancer Research UK (Cruk), said the results were exciting.

‘Cruk doesn’t often use the word breakthrough, but this is one of those rare occasions,” he said. ‘It is extremely rare to see the results of a clinical trial that are quite as compelling as this one.”

Researchers followed more than 170 000 people for an average of 11 years, more than 40 000 of whom had the test. The procedure involves both screening and treatment in one quick session.

Using a device called a Flexi-Scope, a doctor or trained nurse examines the inside of the lower bowel on a screen.

Cancer in the rectum and the lower (sigmoid) bowel occurs when polyps on the bowel wall turn cancerous. During the screening, the operator can use the Flexi-Scope to remove the growths quickly and painlessly, preventing cancer from developing.

The test is best done around the age of 55, said Professor Wendy Atkin of the department of surgery and cancer at Imperial College London. Her 1994 hypothesis led to this trial and several others elsewhere in the world, most of which have yet to report.

At that age, any polyps in place usually have yet to become cancerous. Where cancers are detected or where there are a large number of polyps or they are particularly large, patients can be referred for a colonoscopy and given treatment if they need it.

‘The Flexi-Scope examination is a one-off,” she said. ‘It takes five minutes but it lasts a lifetime. We have followed people up for only 11 years, but there is no sign yet of the test effect wearing off.”

This is the first robust evidence that removing polyps prevents bowel cancer and that the Flexi-Scope examination can prevent nearly half the bowel cancer deaths of those who undergo it.

Generally, it is assumed that most people are repulsed by the idea of a bowel examination, but the investigators found that was not so.

‘They were fascinated by what they could see on the screen. The long-term follow-up showed that people were reassured about their future health.”

Kumar called on the next UK government to introduce the tests nationally as a matter of urgency. —