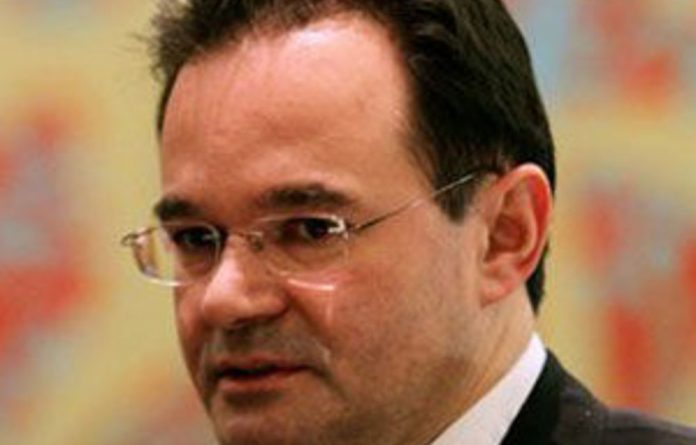 The Greek prime minister, George Papandreou, on Friday called the country’s austerity programme a matter of national survival as negotiations with the EU and IMF over a potential €120-billion rescue package entered their final stage.

After a week in which pressure from the financial markets threatened to destroy the Greek economy and the single currency, the socialist leader insisted that new cost-cutting measures aimed at trimming the budget deficit by 10% by 2013 were essential to avert collapse for the debt-stricken country.

It is expected that details of the rescue, which involves €45-billion in loans this year and could reach as much as €120-billion, will be announced after eurozone finance ministers meet in Brussels on Sunday.

But Greece is under pressure from Germany — the biggest economy in the eurozone — to agree to more cuts before it agrees to its €8,4-billion share of the loans.

“Today the top priority is the survival of the nation. This is the red line,” Papandreou told Parliament. “The economic measures that we have to take are necessary for the protection of our country, our future, for us to be able to stand on our feet,” he said, resisting calls from opposition parties to reject the rigorous reforms which will include opening up “closed shop” professions to improve competitiveness.

Other measures expected in the IMF’s three-year austerity programme are the end to collective bargaining — the holy grail for Greek unions — a two percentage point hike on VAT and the scrapping of public-sector bonuses amounting to two months’ extra pay.

Hurting workers
Trade unions have pledged to turn traditional May Day celebrations into raucous protests. A general strike — the third this year — has also been called for next Wednesday. “We want to help the country exit the crisis but if the government continues with these policies that hurt workers only, we have no other choice but to oppose them with all our might,” said Ilias Iliopoulos, head of the civil servants’ union.

Three rounds of previous hard-hitting spending cuts, announced in the six months since the socialists assumed office, have failed to calm markets. Greece’s debt-to-GDP ratio is 120% with predictions it could hit 145% without international aid. By 19 May, Athens has to refinance €8,5-billion in maturing debt.

Although most Greeks understand the severity of the crisis, and appear willing to accept some belt-tightening, the latest measures are widely seen as a step too far. Echoing the public’s growing anger, Alexis Tsipras who heads the radical Left party, lashed out at Papandreou. He said the reforms would unleash untold misery on Greece. “These measures will bring disaster to this country,” he told Parliament. “Not since the second world war has Greece seen anything as catastrophic.” — guardian.co.uk

After just three months of lockdown, more than 100 000 workers could lose their jobs
Read more
Advertising
Continue to the category
Business