Trying times for Congress of the People 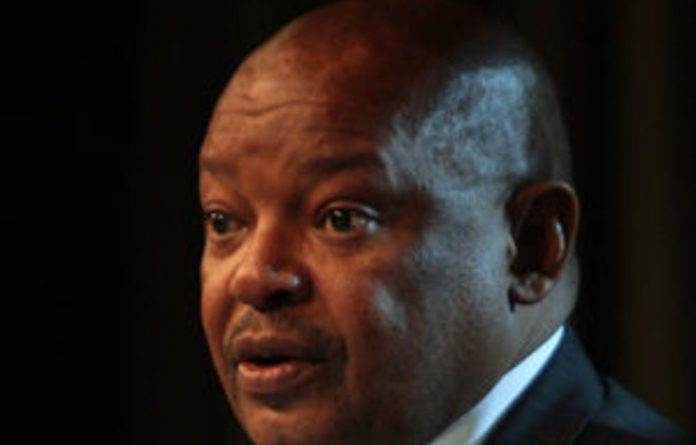 Amid controversy over a leadership tussle that could destabilise the Congress of the People, the party said over the weekend that all is well.

Briefing the media in Johannesburg on Sunday after a two-day congress national committee (CNC) meeting, general secretary Charlotte Lobe quelled speculation that a number of recent public spats between members were a cause for concern that the party was not united.

“In Cope we have only one camp. If there’s the existence of some other camps … It is foreign [to the party leadership].”

Lobe’s assertion follows weeks of public disagreements, insults and allegations within the party, the most recent being Cope’s president Mosiuoa Lekota suggesting that deputy president Mbhazima Shilowa had mismanaged R20-million given to the party by Parliament.

Lekota apology
Lobe said the allegations had been condemned at the meeting, but the matter had been smoothed over after Lekota apologised.

At the briefing — which was not attended by either Lekota or Shilowa — Lobe said “the president is sorry for making those allegations out in the public”.

She said Lekota’s calling of a press conference where he made the allegations was an “error of judgement”.

“His apology to the meeting and to the members of Cope was accepted,” said Lobe.

She said no disciplinary action would be taken and that Lekota had been reprimanded.

Lobe, however, would not be drawn on whether the allegations had any merit, saying due process needed to be followed and their validity tested through a parliamentary audit currently under way.

“If those are found guilty of mismanagement such an individual would face the full might of the law.”

Trying times
Lobe said other incidents over the past few weeks had also been “trying ones for Cope”.

These included a march by “so-called” Cope youth members to the party’s head office, a heated public spat on radio between spokesperson Phillip Dexter and Eastern Cape provincial chair Andile Nkhulu, and a Cope youth movement insult on a number of leaders.

Last week, the youth’s chairperson Anele Mda accused Lekota of using a “mafia and thug approach” to leadership and behaving like the party’s “Messiah”.

“This has brought the organisation into disrepute and such behavior will no longer be tolerated,” said Lobe.

She said the party also noted the existence of an organisation called Cope 4 Hope.

The organisation — run by senior Cope member Hennie Kieser — recently released a report on the party’s membership information which was said to be invalid.

According to a report in City Press, the Cope Membership Systems Preliminary Audit Report showed that the capturing system was so flawed that 20 000 invalid membership cards had to be destroyed.

The report stated that the party had been registering minors as members and giving cards to people who had not paid their membership fees.

“The CNC resolved to investigate this organisation and for the duration of the investigation Mr Hennie Kieser of Cope 4 Hope is to be suspended as a member,” said Lobe.

She said the so-called audit conducted by Kieser had been rejected as unauthorised, as the only audit of branches that had any status was that of senior member Neville Mompati.

Meanwhile Cope’s Youth Movement applauded the maturity that prevailed at the CNC and emphasised that it showed support for the “entire leadership”.

In a statement Mda said: “We come out of this weekend’s meeting more convinced on the correctness of our decision in Bloemfontein to put the leadership we put in office in the calibre of this leadership.”

She said through the CNC it was acknowledged that “developments” of the past week were regrettable.

“[It, the comments made] has opened the eyes of us as young people to be more mature and wise in dealing with matters concerned with the organisation.

“As the youth we are more humbled by the leadership demonstrated and we commit to a more structured way of engaging with the organisation.”

The movement appealed to all Cope members engaged in lobbying for their preferred leaders to be mindful of the unity of the party.

The national electoral conference is scheduled to take place in Pretoria from May 27 to May 30. – Sapa