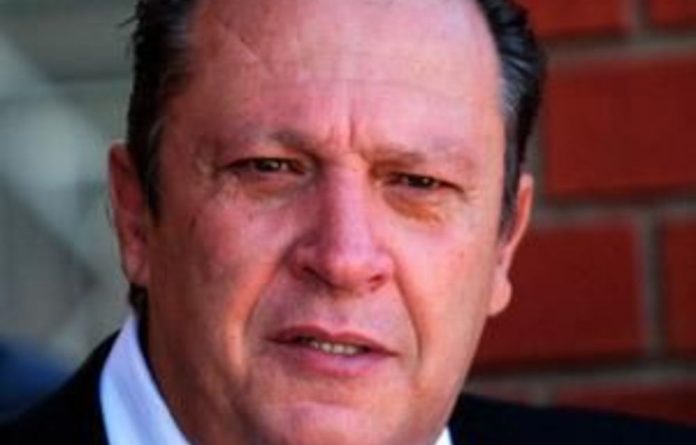 Over the last two decades Lolly Jackson has burst periodically into the limelight, as regular as clockwork. If it wasn’t a story about the glamour of naked women or Russian dancers, it was about assault or tax evasion. At any rate, his murder on Monday night in Kempton Park has brought him back into the spotlight, again leaving South Africans in two minds about what kind of person the strip-club kingpin really was.

The Mail and Guardian interviewed Jackson at the Rivonia Teazers branch three weeks ago.

An animated, lively man, he was brash, but seemingly straightforward. “I own six clubs. Yes, I am a hard man,” Jackson told the M&G. “My girls were not here to get married, and they were not here to fuck. They were here to work.”

He spoke to us about the fierce competition in the strip-club industry, accusations of abuse and allegations of human trafficking, while maintaining his business was above board. He was due to appear in the Johannesburg Magistrate’s Court on May 6 on charges of extortion, intimidation and crimen injuria.

Manhunt
Jackson was gunned down at a friend’s home on Monday night and police are now hunting the gunman who fled the scene after reporting the crime.

“A man phoned police to claim responsibility and is believed to have fled the scene in Jackson’s car,” said Opperman.

Jackson owned a string of high-class strip clubs — Teazers — across Johannesburg and was no stranger to controversy. His love of fast cars landed him in trouble with the law in 2005 when he was caught driving at 249km/h in a Lamborghini. He said he had been on his way to church.

His murder comes 37 days before the Soccer World Cup kicks off in South Africa and has again put a spotlight on the country’s violent crime rates, among the highest in the world. About 50 murders are committed each day, a slightly more than in the United States, which has a population six times larger South Africa’s 50-million people.

Two years ago Jackson was cleared of fraud and immigration contraventions and last year pleaded guilty to assaulting a former employee.

In April he appeared in court on charges of extortion, kidnapping, intimidation and assault. The case related to a fight with a former stripper and Teazers’ dancer.

‘Huge loss’
Close friends of Jackson said on Tuesday they were devasted by his death and considered it a “huge loss to the industry”.

“We are all feeling very emotional; I don’t think there has been one dry eye in this building today,” Teazers spokesperson Sean Newman told the M&G on Tuesday.

“Lolly was considered a bad man, but considering how people feel today, I would be a very happy bad man if I was him.”

Newman said as far as he knew Jackson had never feared for his life.

According to police, Jackson had sustained 15 gunshot wounds and was found in a pool of his blood.

“The investigation we feel is in very capable hands, Colonel Eugene Opperman has been amazing” Newman told the M&G.

The king of tease
Jackson’s friend Annie Baxter told the M&G that she was “feeling very emotional”.

“Some people hated him but most people loved him,” she said.

When Jackson opened his first Teazers in Germiston, 20 years ago, Baxter had a company called Executive Shows which supplied Jackson with dancers.

“I was his agent but we became close friends,” she said.

“He will be missed. He is an icon, a legend and the king of tease.”

Baxter currently runs Show Stoppers, an entertainment company that provides dancers for all occasions and functions.

Funeral plans
Newman said Teazers would “go forward the way he would have wanted us to”.

An autopsy will be performed on Jackson’s body, after which funeral arrangements will be made.

“Once decisions are made, the necessary individuals will be notified,” Newman told the M&G.

Jackson leaves behind his wife Demi, a daughter and two sons.