Malema on the carpet 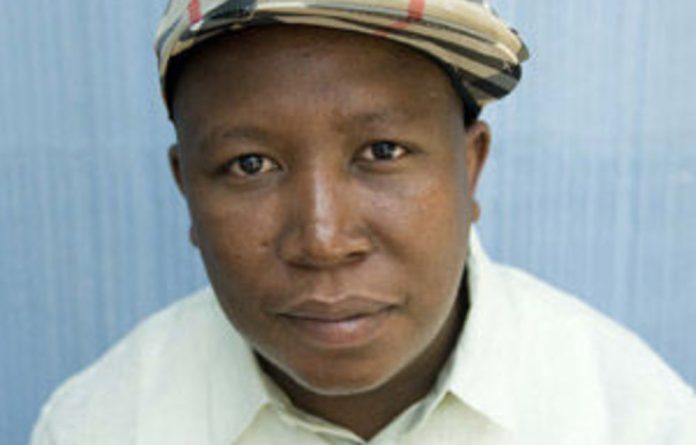 “He was present, he was represented by Mathews Phosa,” said Hanekom, who is also an ANC national executive committee member and deputy minister of science and technology.

He said the disciplinary hearing lasted until 4.30pm and was adjourned to May 11.

This was after ANCYL spokesperson Floyd Shivambu maintained throughout the day that the organisation was unaware of proceedings against Malema for his recent public utterances.

“What are you talking about? Where do you get all these things?” he said when asked to clarify conflicting reports on Malema’s attendance at the hearing.

Late on Monday evening, Shivambu issued a statement on behalf of the league expressing shock that the ANC had confirmed the disciplinary hearing had taken place.

The league said it would “urgently contact the leadership of the ANC” to find out why ANC spokesperson Jackson Mthembu — a “disciplined” member — was defying the directive of ANC officials.

It said by speaking to the media, the party had contradicted its earlier statement that “issues of discipline in the ANC belongs to structures of the ANC and are therefore not matters of the public or the media.”

The hearing would reportedly tackle Malema’s singing a struggle song with the lyrics “shoot the boer”, calling a BBC journalist a “bastard” and “bloody agent” before ejecting him from a news conference and undermining South Africa’s role as a mediator in Zimbabwe by publicly supporting the ruling Zanu-PF over its rival, the Movement for Democratic Change.

ANC spokesperson Brian Sokutu said the organisation would not be commenting on the matter until the disciplinary hearing had run its course.

“That matter is being kept under wraps. I don’t think the movement wants to comment on the matter. The movement wants the process to takes its course to give the hearing a chance before it says anything,” said Sokutu. – Sapa