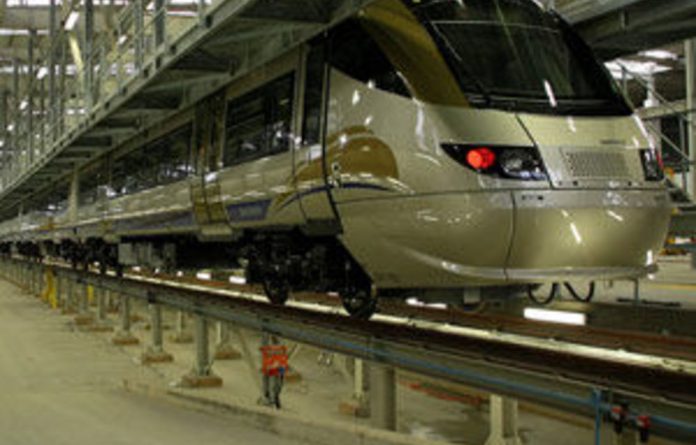 Soccer face an array of transport worries when they navigate South Africa for the World Cup, crossing a country three times the size of Germany and travelling notoriously complex city streets.

The country has spent about R20-billion ($2,6-billion) ahead of the June 11 kick-off to fix roads, expand airports, build a high-speed train and launch new bus networks.

But the expected 373 000 foreign visitors still won’t find it easy to get between and around the nine host cities, some analysts say.

“They’re going to be both disappointed and, I must say, shocked,” said Paul Browning, an independent transport consultant.

Airfares between host cities, which initially rose by up to 215% for key match dates, have dropped again after a price-fixing investigation by anti-trust authorities.

But the launch of a new bus network meant to link host cities is still uncertain, with the tender for the buses awarded less than three months before kick-off.

Dangerous roads
South African roads are some of the most dangerous in the world.

The country ranks ninth in the world in traffic fatalities despite having just 9,2-million vehicles.

South African officials have hailed investment in public transport as a lasting legacy of the World Cup.

But after decades of apartheid policies designed to separate instead of connect people, developing modern mass-transit will still take much more time and money, analysts say.

“Under apartheid, cities were meant for whites only, and Africans, especially, were kind of like migrant labourers,” said Ibrahim Seedat of the Department of Transportation.

“It will take many years and a lot more ongoing investment to really put in place a high-quality network that everyone can have access to.”

The ad-hoc mass transit that has developed is based mainly on mini-bus taxis — 16-passenger vans with irregular stops, a reputation for recklessness and a system of hand signals that locals use to catch the right route.

Cape Town and Durban have similar systems in the works.

Violent protests
The BRT has met with violent protests from mini-bus drivers afraid of losing their monopoly. On April 30, one person was killed and eight wounded in shooting attacks on two BRT buses in Soweto, the fifth time the new buses have come under fire.

Johannesburg, the host of the opening and final matches, is also finishing work on the Gautrain, scheduled to open three days before the World Cup.

The train will connect the airport with the swank suburb of Sandton, and eventually link Johannesburg to the capital Pretoria, 60km away.

Officials have organised park-and-ride bus services to take fans to matches, a system similar to the one used last year for the Confederations Cup, a World Cup warm-up tournament.

That system left many fans stranded within sight of the stadiums as drivers struggled to find the designated drop-off points.

Organisers say they have fixed the system and promise smoother operation this year.

But Browning said problems with the park-and-ride system are the least of South Africa’s transport worries.

“Too much emphasis has been placed on getting people to and from the stadiums, and even that has not been done particularly well,” he said.

“And nobody has tackled the essential weaknesses of our public transportation system, which could well have been the legacy that we were all celebrating from the World Cup.” – AFP

Another multimillion-rand Johannesburg contract set aside