Oil spill may be contained, but political fallout spreads 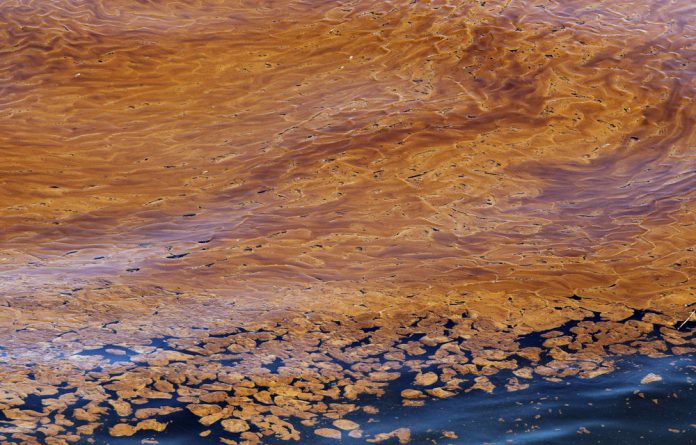 The Obama administration took defensive action on Wednesday over early assurances that a sunken BP rig was not leaking crude oil into the Gulf of Mexico, issuing a 6 000-word timeline of its actions to try to contain the disaster and dispatching a phalanx of administration officials to the region.

The move came on a day when BP registered its first success in plugging one of the leaks from a well that is spewing 23 000 litres a day into the gulf. This could help BP to staunch the flow of oil before it hits the shore, but the potential for political fallout continues to loom large.

BP and the US government are under fire for failing to take adequate measures to prevent the explosion that caused the leak, or for anticipating the ensuing environmental catastrophe.

The US coastguard had initially claimed there was no sign of leaking oil from the rig. A day after the Deepwater Horizon went down, rear admiral Mary Landry said: “We have been able to determine that there is nothing emanating from the well-head.”

This week, however, a coastguard spokesperson said that Landry had been operating according to information supplied by BP, which had sent submersible robots down to the ocean floor. “We don’t have the capability to dive 1 500m below the surface to do a survey,” said David Moseley.

The White House is acutely conscious of the potential political costs posed by the chaos. The Bush administration suffered a blow in the aftermath of Hurricane Katrina, when officials were seen to be lackadaisical in their response.

The timeline since the rig went down is the focus of investigations by Congress committees, as well as the federal government.

“BP has been in control of all of this information and ultimately, when the investigation is complete, we will have to ask what did BP know and when did they know it,” Ed Markey, who heads the house committee on global warming and climate change, told MSNBC.

The Washington Post reported that the interior department did not carry out the routine environmental review on BP’s Deepwater Horizon operation after receiving assurances from the company that there was little risk of a cataclysmic spill.

“We have found in many, many instances over the years that the spiller initially says there is no spill or only a small spill,” said Richard Chandler, a scientific adviser to Defenders of Wildlife. “I have never seen a spill where estimates were not consistently revised upwards.”

BP said that robot submarines had blocked one of the leaks. The leak — the smallest of at least three in some 1 500m of crumpled pipe lying on the ocean floor — was sealed with a valve on Tuesday.

Officials say success could make it easier to manoeuvre equipment aimed at encasing the oil and channelling it to a tanker.

“It doesn’t change the amount that is leaking, but it allows BP to focus on two leaks instead of three,” Moseley said.

The device, a 100-ton concrete-and-steel box contraption, can apparently collect up to 85% of the oil spewing from the ocean floor. It is due to be deployed on the seabed and hooked up to a drill ship at the weekend.

BP is also racing against time and the weather, with some forecasts suggesting oil could begin lapping the shoreline soon. —