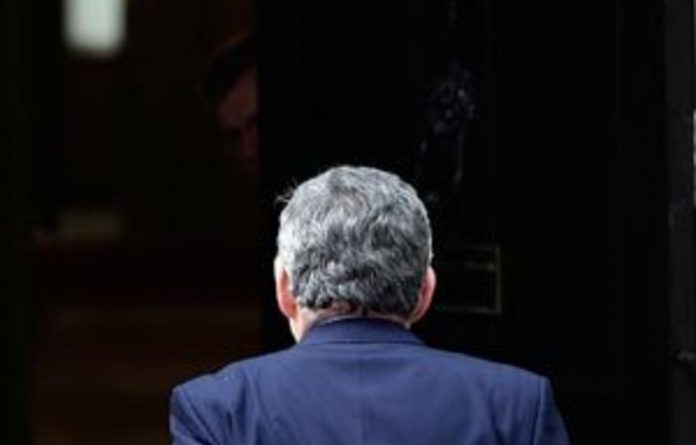 Britain’s two big rival political forces planned to resume wooing the smaller Liberal Democrats on Tuesday after Prime Minister Gordon Brown said he would step aside to try to keep his Labour Party in power.

Brown’s announcement disrupted efforts by the centre-right Conservatives to broker a government deal with the Liberal Democrats after the country’s first inconclusive election since 1974.

The Conservatives emerged as the largest party in parliament after last week’s election but fell 20 seats short of an outright majority in the 650-seat Parliament.

They quickly began talks with the Liberal Democrats on a government alliance, but Liberal Democrat parliamentarians asked for more clarity on issues including reform of the voting system.

Sensing hesitancy on the part of the Liberal Democrats, Brown appeared outside his Downing Street office to announce that he planned to step down by the time the Labour Party holds its annual conference in September.

Liberal Democrat leader Nick Clegg had said during the campaign that he was reluctant to work with Brown and the Prime Minister’s departure could smooth the path to a deal.

Sterling and British government bonds fell on the uncertainty, with markets taking fright at the prospect of prolonged political uncertainty in a country struggling with a record budget deficit.

Clegg, 43, finds himself in a difficult situation. His party has more in common with Labour in terms of policy, but the two parties combined would not be able to command a majority and would need to enlist the support of smaller parties.

An alliance with the Conservatives would offer a more stable formation, with a strong majority but a more difficult political compromise.

“We are keen to settle things as soon as we can,” Clegg told reporters after a meeting with his parliamentarians that ended after midnight.

“There is going to be a further meeting [later on Tuesday] to have discussions about where we are and see if we can resolve the existing issues that are outstanding,” said David Laws, one of the party’s negotiating team.

Final offer
The Conservatives swiftly responded to Brown’s statement by offering the Liberal Democrats a place in coalition and a referendum on limited reform of the voting system.

“My view is that the offer that we are putting forward gives the Liberal Democrats a chance to show that in government they can help us shape a genuinely progressive agenda,” said Conservative education spokesperson Michael Gove.

The Conservatives said the proposal for a referendum on the alternative vote system was a final offer, but it falls short of Liberal Democrat demands for a genuinely proportional system.

Britain is unfamiliar with coalition negotiations and the talks cannot drag on for weeks as they do in some of its continental European neighbours.

Parliament is due to resume sitting on May 18 and the new government will present its programme on May 25. — Reuters