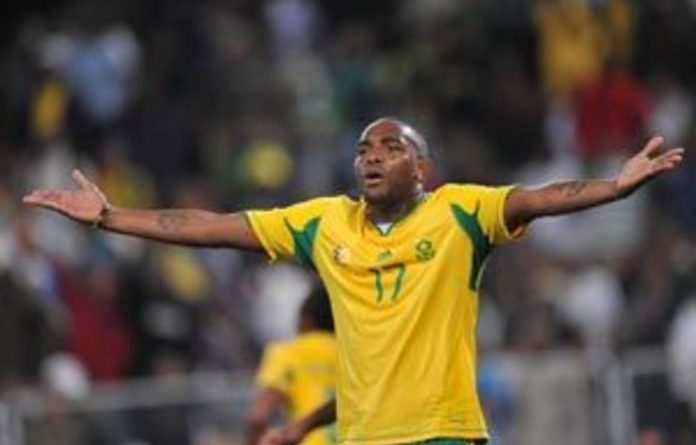 Bafana Bafana received another boost on Wednesday when English-based striker Benni McCarthy jetted in early to join his national teammates in camp to prepare for the Soccer World Cup finals next month.

Parreira will trim his squad to 23 on June 1 as per Fifa rules. He has stated he will select three keepers and if Fernandez impresses during the next two weeks, Shu-Aib Walters is likely to be sent home on June 1.

Parker, Fernandez and McCarthy might get some game time when Bafana play Thailand at Nelspruit’s Mbombela Stadium on Sunday.

The match, which will be used to test the new World Cup stadium, has been sold out. The South African Football Association (Safa) have limited the capacity to 30 000 for this match.

Showing commitment
West Ham United striker McCarthy, has been struggling with injuries and weight problems this season and by arriving in camp early and not going on his usual holiday, has shown the commitment he will need if he hopes to play on the world stage next month.

The fact Parreira was able to persuade McCarthy to arrive early is a good sign that the players are taking the World Cup seriously and are prepared to sacrifice their holiday.

Injuries this year have prevented McCarthy making an impact at the Hammers since he joined then in January, but with Bafana struggling to find the back of the net in recent friendlies, his early arrival is a welcome boost to Parreira’s preparations.

Fernandez injured his knee in a German Second Division league match playing for his club Arminia Bielefeld on January 31.

But, said the former Bafana number one keeper, he has worked hard to get fit and was delighted the coach has shown faith in him.

“I hope to repay that faith if given a chance.”

“The squad is now taking shape and I am happy Bevan was called up. He had a brilliant match against Namibia [in the 1-1 draw in Durban in February] and more than deserves his call up.

“It has fantastic seeing Benni arriving at the hotel this morning as well as having Rowen and Bernard back with us.”

Booth said he welcomed the challenge for places in the heart of the defence: “The coach will make the right choice. I hope to be part of the final 23 players for the World Cup, but having Bevan here helps me keep focused.

“I will do my best and if I get a chance to play against Thailand.” — Sapa