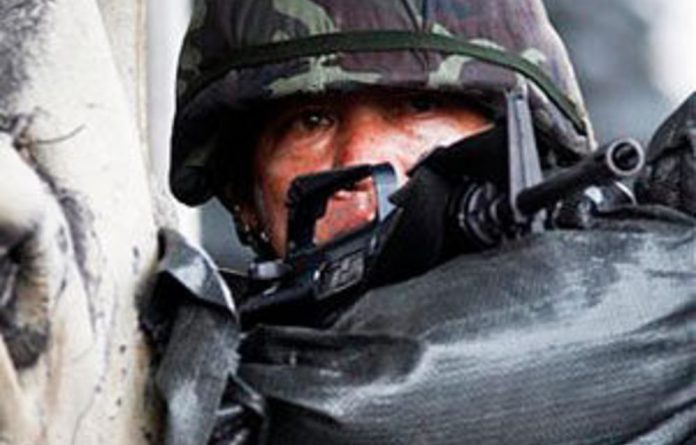 Thai anti-government protesters agreed on Tuesday to talks brokered by lawmakers to end a crisis threatening to tear the country apart, but analysts doubted the negotiations would gain much ground or stop the violence.

The proposal failed to stop sporadic fighting on the outskirts of a commercial district occupied by protesters for six weeks as groups of demonstrators hurled petrol bombs and burned tyres at two checkpoints of soldiers armed with assault rifles.

“We have agreed to take a new round of talks proposed by the Senate because if we allow things to go on like this, we don’t know how many more lives will be lost,” Nattawut Saikua, one of the “Red Shirt” leaders, told a news conference.

About 5 000 protestors, who have adopted red as a protest colour and broadly support former premier Thaksin Shinawatra, remain in a barricaded encampment in Bangkok’s high-end shopping, hotel and diplomatic district, refusing to leave.

Prime Minister Abhisit Vejjajiva has vowed to disperse the mostly rural and urban poor Red Shirts, who accuse his government of lacking a popular mandate and colluding with Thailand’s royalist elite to subvert democracy.

The government said it had no formal response to a proposal from a group of 64 senators in the 150-member upper house who have offered to mediate peace talks and urged a ceasfire.

“The prime minister has been informed but does not have an immediate position on it,” said government spokesperson Panitan Wattanayagorn.

Forty other senators with more pro-government leanings called on the Red Shirts to surrender and face criminal charges, which in some cases include the death penalty for terrorism.

“It’s just the beginning and it’s the kind of offer that doesn’t carry much weight since the senators are not speaking in one voice,” said Somjai Phagaphasvivat, a political scientist at Bangkok’s Thammasat University.

Authorities warned the Red Shirts to leave their barricaded encampment by Monday afternoon, but the deadline came and went, raising questions over how long the military operation would continue and whether talks would work.

Public holidays have been declared until Friday.

“I doubt the proposed talks will lead to an end to the political crisis,” said Kavee Chukitkasem, head of research at stockbroker Kasikorn Securities in Bangkok.