A bridge across the wealth gap 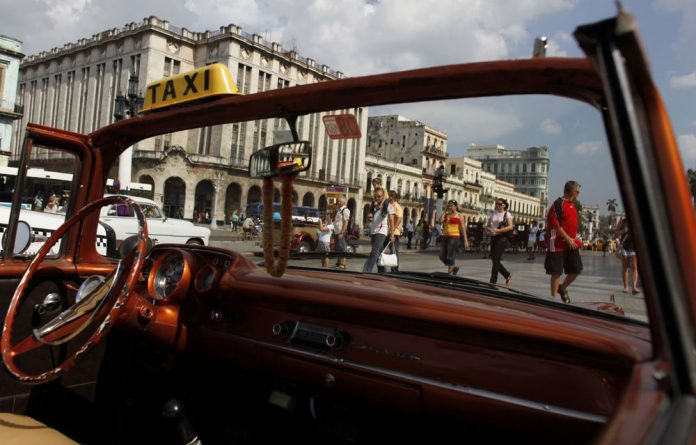 The assumption in many quarters is that the core business of Trevor Manuel’s National Planning Commission (NPC) will be “smart growth” — clean, green, job-creating economic development. But not so fast. Quite apart from the fact that Economic Development Minister Ebrahim Patel has already set out his stall as the architect of a new “growth paradigm”, it may be entirely the wrong approach.

Patel’s main contribution since taking office a year ago has been to commission research, which shows that South Africa’s growth since 1994 has benefited the rich; the benefit to the poor has only been indirect, through increased welfare payments.

Hence, the pursuit of equality, not growth, should be the lodestar, the defining mission of the NPC — certainly if you accept the evidence and arguments of The Spirit Level (by Richard Wilkinson and Kate Pickett) and Prosperity without Growth (Tim Jackson).

As a voracious accumulator of such books, I have little doubt that Manuel has read both, but he could do far worse than to set them as prescribed reading for his new commissioners.

The Spirit Level makes the empirical case for equality that many have craved for a long time. Systematically it shows how inequality and socio-economic indicators relate: the more unequal the society, the higher the numbers for violence and homicide, mistrust, obesity and mental illness.

The book was recommended to me by two people of admirable intellectual temperament within a week, the second a renowned Swedish philosopher who now lists it in his all-time top 10 books. And I can see why: as the introduction says, “it is now possible to piece together a new, compelling and coherent picture of how we can release societies from the grip of so much dysfunctional behaviour”.

In turn, Jackson’s book amplifies the sustainable development lobby’s long-held message that the old growth paradigm is bankrupt: we can no longer “grow our way out of trouble”. Indeed, it is economic growth that has got us into the mess that we are in.

Per capita income growth, according to the data from both books, is very beneficial for the first $5  000 of national income per person in terms of life expectancy, but then it levels out rapidly. When you overlay CO2 emissions — a clear indicator of consumption patterns — then South Africa is a curious outlier: high levels of per capita emissions, but relatively low levels of life expectancy.

HIV/Aids has something to do with this, but so does inequality.

It is the equality-sustainability nexus that is most fascinating and salient for South Africa. The sustainability-human development relationship is often presented as a zero-sum trade-off game. But it needn’t be so. My favourite graph, reproduced in The Spirit Level, is the WWF one that has the ecological footprint down one axis and the human development index along the bottom. Within the graph are two lines: one marks the biocapacity available per person — the natural capital we should not be, but are, “overspending” — the other the threshold for high human development.

Ideally, you should be in the small quadrant in the bottom right corner, beneath both lines, meaning high human development achieved within your “biocapacity” spending limits. Is there a single country in that corner? Yes, just one. Cuba.

Clearly, the structural constraints of South Africa’s economy — including its apparent addiction to low-price labour as a precondition to its commodities’ competitiveness — and its high unemployment — present an enormous challenge. Jackson, for example, argues that people need to work less, with work spread around more evenly, as one of the ways of reducing both consumption and environmentally harmful growth.

But put the two core propositions from The Spirit Level and Prosperity without Growth together and a universal truth emerges: we can’t grow and inequality is very bad for us all, within and between nations. Social inequality is as unsustainable as the reliance on fossil fuels. So, we must redistribute wealth and resources. It’s obvious, isn’t it?

This is the meta-narrative for the future that Manuel and his commissioners must together weave — one that persuades rich South Africans to share their wealth precisely so that they can continue to prosper — and one to which both the “sensible left” and “sensible business” can subscribe.

Without it, the NPC will be a symbol of nerdish impotence as we succumb to a life that is increasingly short, nasty and brutish.