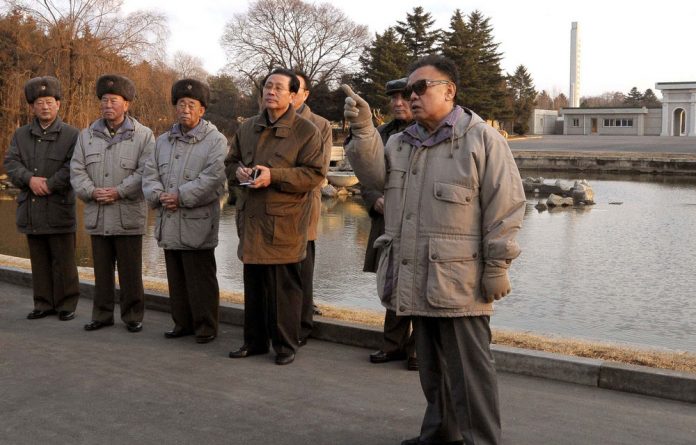 Despite raging controversy over the sale of game to North Korea, Zimbabwe says it is exporting more wildlife to at least five more countries.

Zimbabwe has begun rounding up wildlife destined for North Korea and would have completed the sale to Kim Jong Il’s isolated dictatorship by the end of this month, a senior parks official said on Wednesday.

The shipment, dubbed “Mugabe’s Noah’s Ark” by critics, has angered conservationists, who see it as a gift from one dictator to another. But there appears to be no stopping the deal, the financial details of which are being kept under wraps.

He dismissed the protests of conservationists, who charge that most of the wildlife will likely die en route to North Korea and that the Asian country does not have the facilities to provide proper care.

“Zimbabwe is allowed to export animals throughout the world to appropriate destinations. Appropriate destinations must be examined by ourselves; we must be satisfied that the destination to which the animals are going will be safe and that the animals will not die. And we have satisfied ourselves in terms of [North Korea’s] application,” Chadenga said. He added that this was “a business arrangement we are happy to embrace”, dismissing claims the live game is a gift from Robert Mugabe to his longtime ally Kim.

Chadenga said Zimbabwe had sent two experts to North Korea to assess if the country is fit to keep the animals. And despite protests from animal rights groups, it looks Kim will soon have his way.

“We are satisfied that the recipients of the animals are suitably equipped to house and care for them. Therefore, Zimbabwe Parks and Wildlife Management Authority has duly conducted non-detriment findings for all species being exported.”

Chadenga dismissed charges of Mugabe’s personal involvement in the export of the game to Kim.

“This is a purely business arrangement with no directive from government. The DPRK [Democratic People’s Republic of Korea] is paying for the animals as well as meeting the capture and translocation costs.”

Apart from the elephants, the animals Kim is after are not on the list of endangered species. But existing international animal trade laws allow Zimbabwe to sell elephants to “acceptable destinations”, Chadenga said.

Opponents of the Korean deal said Zimbabwe cannot afford to let go of any more of its game, with poaching on the increase. But conservationists now claim that the North Korean involvement in game goes even further. They said teams of North Korean and Chinese hunters are being given carte blanche to mow down big game in the western Hwange National Park, the country’s largest game reserve.

Conservationists working in Hwange report that authorities have closed off sections of the park from the groups that are helping to run it. And they fear that, out of sight, game is being decimated.

Conservationists have told the Mail & Guardian that poaching in Zimbabwe is driven by organised syndicates, some of them involving prominent figures – including foreign diplomats in Harare.

A report released in February by Willem Wijnstekers, secretary general of the Convention on International Trade in Endangered Species, claimed the involvement of Zimbabwean security forces in the killing of 200 rhinos in the past two years. His report, however, did not name those he alleges to be involved.

One animal rights activist said Zimbabwe had lost more than 30% of its rhino population in a surge of poaching in the past three years. Heavily armed gangs of poachers often clash with game rangers, but even when they are caught, the conviction rate remains low.