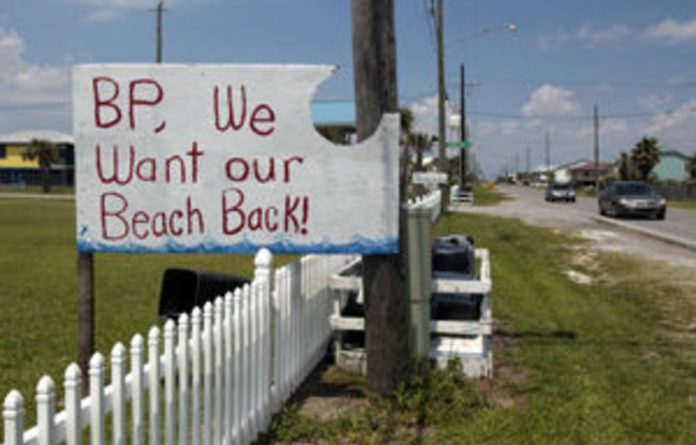 A vast oil slick caused by the explosion of BP’s Deepwater Horizon rig in the Gulf of Mexico has become the worst spill in Unite States history, easily surpassing the Exxon Valdez environmental disaster, according to new government figures.

As BP made tentative progress in plugging the leak through a high-stakes “top kill” operation a mile under the surface of the ocean, US President Barack Obama pledged to hold the British company responsible for the “horrific damage” caused by the accident.

“We will demand they pay every dime they owe for the damage and painful losses they’ve caused,” said the president, who will travel to the area on Friday. He insisted he was personally overseeing the response to the disaster, brushing aside criticism of his government’s actions.

It became clear on Thursday that the disaster is several times worse than BP and the government had previously estimated.

Experts revealed that between 12 000 and 19 000 barrels of oil had been gushing from the Macondo well daily since the spill began on April 20, eclipsing an earlier figure of 5 000 barrels daily. One measurement put the spill even higher, at up to 25 000 barrels each day. That would mean that nearly 148-million litres may have spilled.

“This is a very significant disaster,” said Marcia McNutt, director of the US Geological Survey. Even the conservative end of the figures put the spill at nearly 19-million gallons — well in excess of the amount lost when the Exxon Valdez oil tanker hit a reef off Alaska 21 years ago, wreaking havoc along a wilderness coastline.

The White House blocked permits for new undersea drilling for six months and suspended planned mining exploration at two sites in Alaska. The top US regulator in charge of overseeing oil exploration, Elizabeth Birnbaum, resigned as president Obama panned her Minerals Management Service for having a “sometimes corrupt” relationship with the oil industry.

At a White House press conference the president deflected comparison of his administration’s handling of the spill crisis with that of George Bush’s notoriously lacklustre response to Hurricane Katrina.

“I’ll leave it to you guys to make those comparisons,” he told reporters.

BP succeeded in stemming the flow of the leak by pumping thick drilling mud into the ruptured ocean floor at high pressure. But 24 hours into the “top kill” effort, BP engineers were still trying to stabilise the well sufficiently to plug it with a concrete cap. — Guardian News and Media 2010