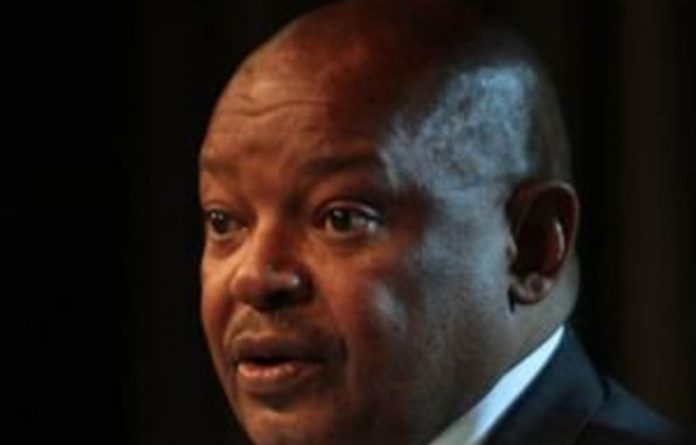 Congress of the People (Cope) leader Mosiuoa Lekota will take legal action to overturn a vote of no-confidence in him.

“… It must be set aside,” he said from his office in Braamfontein, Johannesburg.

Lekota, ousted over the weekend by his rival, Mbhazima Shilowa — who is now acting president — said he would consult his attorney to challenge the vote in court.

Only Lekota and a handful of his staff showed up for work on Monday.

The new leadership had given the rest of the employees and officials the day off after the party’s tumultuous national congress over the weekend.

Lekota said he still had not been officially informed of the vote taken against him and was adamant he remained the party president.

“I remain the legitimate president.”

He would call a meeting of the party’s leadership structure, the congress national committee [CNC], soon to map a way forward for the embattled party, but first had to ensure there was no confusion over his position.

‘Former president’
Cope spokesperson Sipho Ngwema said Lekota had every right to be at the party headquarters as he was still a party member.

However, he added “the former president” no longer had the power to call a CNC meeting.

Lekota was removed as president after he obtained an urgent court interdict to halt elections at Cope’s national congress, which adjourned on Sunday.

After much wrangling between the Lekota and Shilowa camps last week, a compromise was struck at a CNC meeting, which changed the congress from an elective to a policy gathering. This was the outcome Lekota and his supporters had wanted.

They were surprised on Friday night, however, when delegates adopted a resolution to hold elections, during which Shilowa accepted a nomination for president.

Lekota now wants to have all the decisions taken at the congress reversed, saying delegates present were not “competent” to make leadership decisions as the congress was meant to discuss policy only.

Ngwema said the interdict barred elections only, and the resolution taken to remove Lekota was valid.

“The ruling said the congress will continue, it will do all things that congress does, including taking resolutions. Now the former president is seeking to change even that,” he said of the pending court action over the vote of no-confidence.

The party acted within its rights, Ngwema said, adding that Lekota acted against Cope by “representing a different view from everybody else”.

Former Cope spokesperson Phillip Dexter was also removed after a vote of no-confidence in him at the congress.

Divisive battle
Lekota and Shilowa are embroiled in a divisive leadership battle.

Both former ANC heavyweights have pulled out all the stops to gain control of the fledgling party.

Lekota said the congress was not “competent” to take the decision to remove him from the presidency.

“I can state without fear of contradiction that the meeting is not competent to take such a decision.”

He charged that a significant number of delegates participating in the congress were not legitimate members.

“There were significant numbers of people … who were not competent to participate and take such decisions.”

Lekota said Cope had not split, despite the difficulties it faced.

Unfortunately, he added, the differences between the two factions did in fact go “down to differences of principle”. — Sapa