The push for lower banking fees 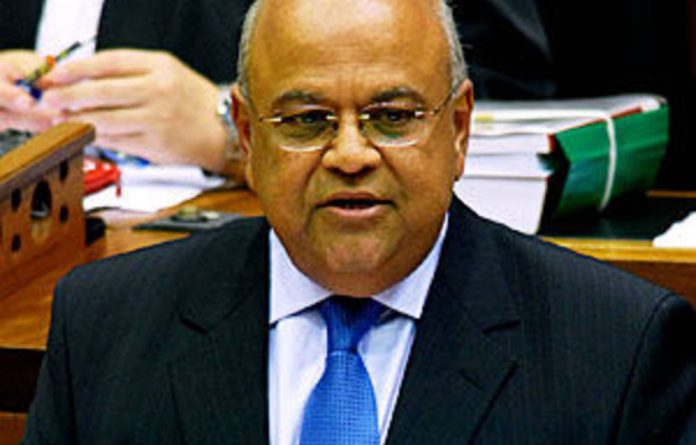 If you were expecting some major announcements to come out of the discussions between the banks and Finance Minister Pravin Gordhan, you would have been disappointed.

Although Gordhan says the banks have agreed in principle to further changes that could see cheaper banking services, the only fees we are likely to see change are ATM fees.

To be fair, bank fees have come down since the banking inquiry in 2008 with the introduction of bundled options, which allow you to bank for between R60 and R90, depending on the bank you are with.

FNB launched EasyPlan, which is a direct competitor to Capitec, so competition is already driving down prices. Complexity, however, remains a problem — pricing lists still take up a full page of fine print. As an example, how much does it cost you to withdraw R1 000 from another bank’s ATM? Ten brownie points if you can answer that without referring to your bank’s pricing list.

A central Fica hub
The biggest challenge to competition is switching banks. The Treasury wants banks to make it easier to switch bank accounts. However, as anyone who has opened a bank account in the last four years will know, it is government regulation that is the greatest obstacle to changing accounts.

Fica (Financial Intelligence Centre Act) requirements result in endless documentation, and it is quite frankly a hassle. It appears that there are discussions around forming a centralised Fica hub where banks can share the information. In its press release, Standard Bank stated that it supported “the establishment of a KYC [know your client] hub and will work with the industry to develop a centralised hub”. This would be a major development in reducing the hassle for customers, and also the cost of compliance for the banks, which they should, in theory anyway, pass on to customers.

Penalty fees stay for most customers
It is surprising that Gordhan is satisfied with the banks’ position on penalties for rejected debit orders. The banking inquiry recommended a R5 penalty fee, and although all the banks have reduced their penalty fees on entry-level accounts to below R10 (Capitec charges R3,50, Absa R5, Standard Bank R7), penalty fees on normal bank accounts are still extremely high at more than R100.

The minister must have taken the view that the issues around penalty fees only related to lower-end customers who tend to have more erratic income streams and therefore tend to incur more penalty fees. Certainly the banks’ approach is that middle- and higher-income earners should know how to manage their finances, so don’t expect any leeway when your payments bounce.

Cheaper ATM fees
ATM fees are one area that the government will need to work with the banks in order to increase competition. The banking inquiry recommendation was for direct ATM fees rather than banks charging a Saswitch fee. (Saswitch is the additional fee that banks charge when you draw cash from another bank’s ATM. This fee is then divided between your bank and the bank whose ATM you utilised, to pay for the costs of the transaction.)

In other words, when you go to another bank’s ATM, your bank would charge you the same withdrawal fee as if you were using your bank’s ATM, and that other bank would charge you a direct fee that would be stipulated on the screen before you withdrew the cash. This would allow more competition between banks — if you have a choice of two ATMs, you would be able to select the one which charged the lower direct fee.

Currently there is very little transparency about how exactly the Saswitch fee is calculated and how that fee is distributed between the banks.

An area in which we will hopefully see significant improvement is the debit-order space. Far too many service providers abuse the debit-order system and banks need to make it easier for customers to cancel debit orders and to monitor who they are allowing on to the system. FNB now allows customers to cancel their debit orders telephonically, although further work needs to be done by the Payments Association of South Africa so that debit orders are more easily identified, and so that service providers cannot just change the amount to by-pass the cancellation system.

Read more news, blogs, tips and Q&As in our Smart Money section. Post questions on the site for independent and researched information.