World Cup visitors: Not all doom and gloom 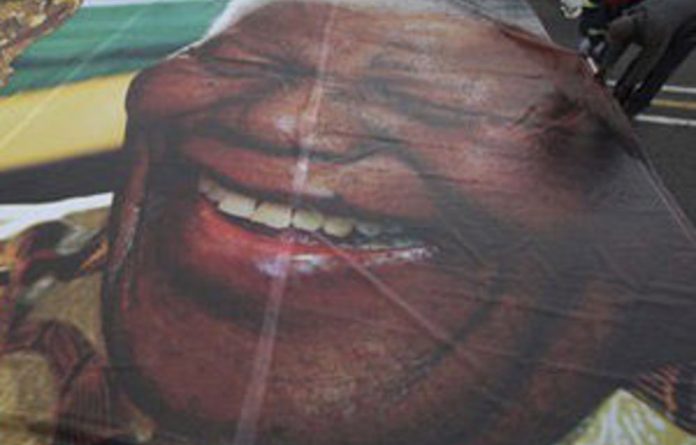 With merely a week before the Soccer World Cup kicks off, South Africa’s hospitality industry is trying to remain upbeat — even though 150 000 foreign visitors appear to have decided to stay at home.

Original estimates suggested that about 450 000 visitors would arrive during the World Cup. Tourism Minister Marthinus van Schalkwyk announced last month that this had been revised to 300 000.

The Western Cape and KwaZulu-Natal are hardest hit. According to a survey by tourist information company CapeInfo, only 46% of Cape Town’s hotels, guesthouses and B&Bs are fully booked, compared to 57% in 2008. And Durban’s Chamber of Commerce and Industry’s tourism committee called an emergency meeting earlier this month to address the crisis in its own backyard.

The committee’s chairperson, Mike Jackson, told the Mail & Guardian this week that many hotels and B&Bs had lost 70% of the original bookings contracted by Match, the Fifa-mandated organisation responsible for providing accommodation during the tournament.

Bookings in the Drakensberg and outside Durban were also “very poor” and “well behind” last year, Jackson said. “Some guest houses and B&Bs have no bookings,” he added.

Analysts identify a range of reasons for the drop in overseas visitors:

“We must refrain from blaming each other. Match didn’t do this on purpose,” Gerhard Patzer, regional chair of the Federated Hospitality Association of South Africa (Fedhasa), told the M&G this week.

Fedhasa said in a statement this week that the lack of a “national accommodation database” had created the impression of a shortage of rooms in the run-up to the World Cup. This, in turn, had led Match to contract “a wide spectrum of accommodation” from the informal sector — a move that proved to be a miscalculation.

Dylan Rothschild, general manager of South Africa’s largest accommodation website, SafariNow, told the M&G:”Maybe Fifa/Match should have done their homework and worked with local suppliers such as us in partnership. We could have all benefited.”

More should have been done to make World Cup tickets available to the rest of Africa — especially places with poor internet access, Rothschild said. But he added, “I would be careful not to paint too gloomy a picture.”

The South African tourist industry could even benefit from this week’s shock announcement from top British travel firm Thomas Cook that it was slashing its June/July packages to South Africa by 70% in a bid to entice more United Kingdom fans to the World Cup.

Whether they will be tempted is debatable: foreign fans are already referring to the “Sofa World Cup”, and many soccer bloggers are saying they intend to watch the action from the comfort of their own sitting-rooms.

But Patzer insists it is important to take a long-term view: “The World Cup is not the be-all and end-all, but an opening for much bigger things to come,” he said.

Nicholas Barenblatt, Protea Hotels group marketing & advertising manager, agreed: “The World Cup is not about short-term gains. It’s about having the opportunity to play host to the largest sporting event in the world in a truly authentic African way.”

Cup accomodation: The M&G’s pick of the best
Especially if they take advantage of the Fifa-enforced school holidays, locals can still benefit from World Cup accommodation deals.

They’re there — even if it takes time to find them. Here’s the M&G‘s pick of the best:

Lowest cost
Africa Ubuntu is offering specials on match dates across the country. The rooms range from R371 to R413 depending on the town.

Durban
4-star hotels in Durban from R659 per room per night. Based on a two-night stay, selected dates from June 25 to July 3. ( Protea Hotel Edward)

Top range
One&Only Capetown has a special offer for South Africans. R2 999 per room per night till October 30.