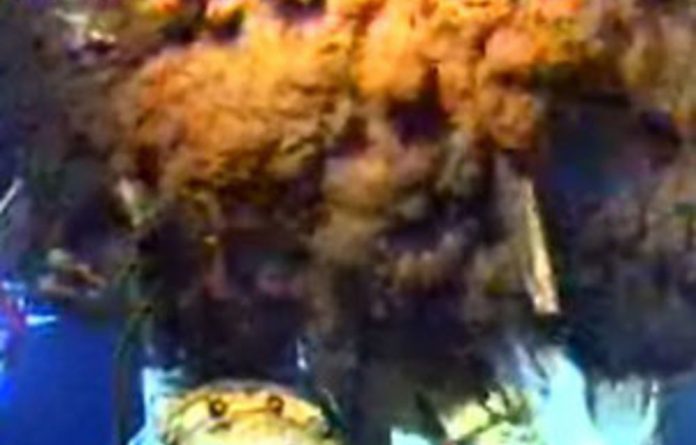 BP faces another difficult week of tough questions from investors and US lawmakers despite making progress in capturing an increasing amount of oil spewing from a ruptured Gulf of Mexico well.

President Barack Obama also looks to challenge criticism he has not taken a forceful enough leadership role in tackling America’s biggest environmental disaster, in its 49th day on Monday.

“We have had a lot of trials in the last year and a half,” Obama said during a reception in Washington. “Right now we’ve got brothers and sisters in the Gulf Coast who are going through an incredibly difficult time … I want to emphasise again that we’re going to do everything we can in the weeks, months and years ahead to make things right,” Obama said.

On Sunday, BP said its containment cap had captured 10 500 barrels of oil (1,67-million litres) in 24 hours and a second system should be in place soon, enabling it to siphon the vast majority of oil spewing from the leak about a 1,6km below the water’s surface.

The progress over the weekend came as the company’s chief executive, Tony Hayward, insisted he had no plans of quitting over his handling of the environmental disaster, marked by a string of failures since the April 20 rig explosion that triggered the oil spill.

Thad Allen, the Coast Guard admiral heading the federal relief effort, estimated the maximum collection from the containment device at about 15 000 barrels a day. Estimates put the well’s leak at 12 000 to 19 000 barrels a day.

Despite the progress, some oil will continue to leak until at least August when BP hopes to intercept the well bore to pump in mud and put in place a cement plug to finally stop the gusher.

‘Insult to nature’
The extent of the environmental impact of the spill is only gradually becoming apparent.

“Water is not supposed to look like gasoline, and shouldn’t have big globs of crude in it,” he said, describing the oily sheen and large pools of thick, gooey rust-colored oil in the water he saw. “It’s just an insult to nature.”

As BP attempts to siphon off more and more of the gushing oil, it will also try to blunt the public relations nightmare.

Executives from Transocean, Halliburton and Anadarko Petroleum — central players in the biggest oil spill in US history — appear at an energy conference in New York on Monday, under pressure to explain how the disaster happened and discuss its ramifications.

Transocean operated the rig that caught fire and sank in the Gulf of Mexico, Halliburton cemented the work and Anadarko owns 25% of the well.

This week will also feature three hearings by various committees of the US Congress — two in Louisiana, on Monday and Wednesday, and one in Washington on Thursday — where BP’s handling of the crisis will come under scrutiny.

Representative Edward Markey, chairperson of the House energy and environment subcommittee, asked BP for more details on Sunday of how much oil had spilled.

In a letter to the company, Markey said that information was needed, “to determine BP’s financial liability in terms of fines, which could be as high as $4 300 per barrel”.

Alternative energy
The Obama administration has delayed plans to increase offshore drilling as a result of the spill. The crisis has put Obama on the defensive and distracted his team from their domestic agenda — a new energy policy, reform of Wall Street and bolstering a struggling US economy.

Obama wants to tap into public anger over images of polluted beaches and fishing grounds to press for faster development of alternative energy.

Democratic Senator John Kerry said lawmakers and Obama should now push that policy forward. “Here’s what’s important … to put America on the course to true energy independence and self-reliance and to begin to wean ourselves from our addiction to oil,” Kerry told ABC’s This Week.

Oil began leaking from the well after the rig explosion that killed 11 workers. BP faces a criminal investigation, lawsuits, dwindling investor confidence and questions about its credit-worthiness. Its shares have lost about one-third of their value since the crisis began.

BP said it has spent $1-billion on the spill and vowed to pay all legitimate claims of those harmed by the disaster.

After contaminating wetland wildlife refuges in Louisiana and barrier islands in Mississippi and Alabama, the black tide of crude oil has started to wash up on some of the famous white beaches of Florida, where tourism accounts for nearly one million jobs.

Fully one-third of the Gulf’s federal waters, or 202 582 square kilometres, remains closed to fishing, and the toll of dead and injured birds and marine animals, including sea turtles and dolphins, is climbing. – Reuters

In 1961, Bill Russell led his fellow Boston Celtics in refusing to play in an NBA game in protest of systemic racism. It happened again on Wednesday.
Read more
Advertising
Continue to the category
Politics