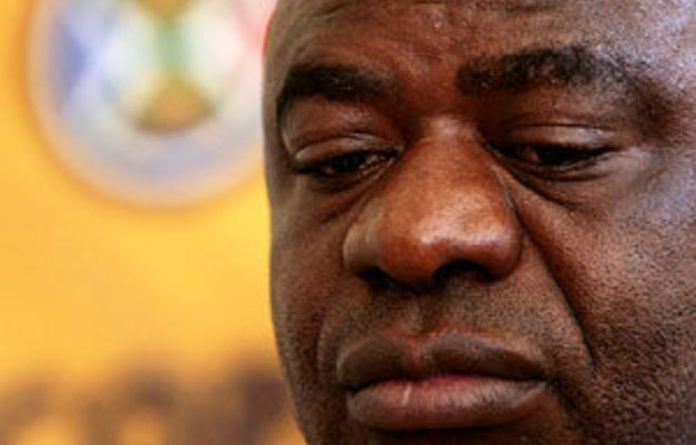 Congress of the People (Cope) deputy president Mbhazima Shilowa said on Monday he did not recognise Mosiuoa Lekota as party president.

Lekota on Sunday won his battle in the South Gauteng High Court in Johannesburg to remain president of Cope.

The decision by Judge Rami Mathopo in effect overturned a vote of no-confidence made against Lekota and Cope head of communications Phillip Dexter at the party’s policy conference.

Calling the ruling “unfortunate”, Shilowa told reporters at Cope House that he and the party had sought legal counsel.

“It was unanimously agreed that there were grounds for a successful appeal and our legal team was duly instructed to file the relevant papers,” said Shilowa.

Shilowa said that the vote of no-confidence passed against Lekota would therefore remain in effect until the appeal was heard.

“We do not believe that the court can determine the future of the Congress of the People,” he said.

However, Shilowa said that Lekota would not be barred from the premises of Cope House in Braamfontein, Johannesburg.

“You are not going to see a drama of Mosiuoa Lekota being carried out with chairs. That’s not in my nature,” he said.

Shilowa was flanked by his allies, treasurer general Mluleki George, Gauteng chairperson John Ngcebetsha and spokesperson Sipho Ngwema. Ngcebetsha was also Shilowa’s lawyer and had been representing him throughout the party’s court proceedings.

Healing divisions
Shilowa and George said they would seek to hold an electoral conference soon. They were currently seeking to appeal a court interdict preventing Cope from holding such a conference until September.

They both said they would seek to heal divisions in the party, which defined Cope’s last conference and led to the present court battles.

“If we go to congress like we did [at the last one], it is going to be the same thing,” said George. “We want to avoid that because we want those elected to have authority for all members of Cope.”

However, George expressed caution at the prospects ahead.

“It can be very difficult to accommodate equals,” he said.

“Unity is not about the leadership but is about what happens on the ground.”

“The [parliamentary] caucus of the party has no power to discipline any member of the party,” he said. “There is only one party that can send someone for a disciplinary hearing and that is the [congress national committee].”

“We don’t have any letter from [Dandala] on the issue to resign or otherwise,” he said. — Sapa