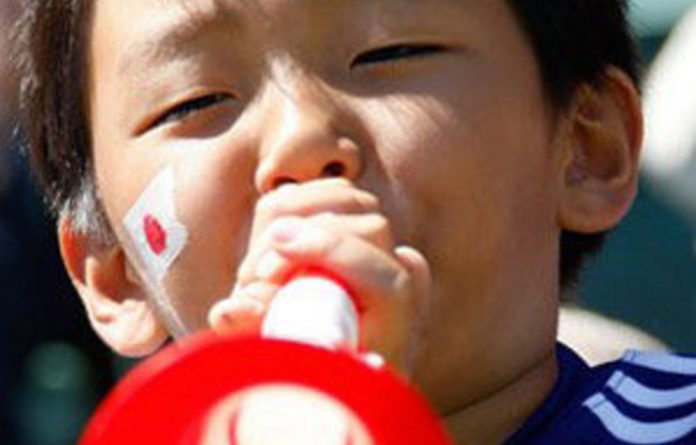 To foreign coaches and players they could be a curse, to South Africans they might yet be the secret weapon that helps them overcome one of the lowest ratings for a World Cup host nation.

The plastic vuvuzela trumpet has been controversial since the Confederations Cup last year, a World Cup dress rehearsal, when several players complained they could not communicate through the din, which sounds like a herd of charging elephants. Fifa president Sepp Blatter rejected calls for them to be banned, saying they are as typical of South African football as bongo drums or chants in other countries.

They will surely be one of the more memorable aspects of this, the first African edition of the soccer spectacular.

Journalists covering warm-up games have realised they cannot communicate by phone over the noise and that is before Johannesburg’s Soccer City stadium fills up for the opening match on Friday with 90 000 people, many armed with trumpets. Thailand manager Bryan Robson said after his team’s drubbing in a friendly by South Africa last month that he could not communicate with his players on the pitch. But to Spanish musicologist Pedro Espi-Sanchis, vuvuzelas can make music and the plastic instrument virtuosos must only be coordinated to make a pleasurable sound.

“On television all you can hear is those rhythms mixing into a grey drone of the B-flat and that’s what millions of people will be hearing during this World Cup. That is really what hurt me as a musician … that is not Africa,” said Espi-Sanchis (57) an expert on traditional music.

Kudu horn
He told Reuters the vuvuzela was developed from the kudu horn, traditionally used to announce a ceremony or major event.

“Then somebody thought we can use this in the stadium and started mass producing them, and suddenly there were tens of thousands of those blooming things.”

They were intended to scare the opposition, he says — something likely to appeal to South Africans, who as the world’s 83rd ranked side, risk being the first tournament hosts eliminated in the first round.

South Africa coach Carlos Alberto Parreira, not surprisingly, thinks vuvuzelas are a great idea. “We have to try to reinforce that advantage. We want it louder and louder.”

Espi-Sanchis says that if you are standing in a trumpet group in the stadium you can hear a rhythm.

So he has created four vuvuzela orchestras, three in South Africa and one, bizarrely, in Vienna.

He tunes seven vuvuzelas to play chords by cutting them to different lengths, then mixes them with a bass guitar, drums, trumpets or trombones and a singer.

One orchestra played at the opening of Cape Town’s graceful new Green Point stadium earlier this year and they have also performed at half time in domestic soccer matches.

Vuvuzela power
“Nobody has really taken on the job of generalising and really getting the vuvuzela to find its power. Imagine 10 000 vuvuzelas making the same rhythm together, that is powerful,” Espi-Sanchis said.

His orchestras, drawn from township social groups and professional musicians, are enthusiastic about the power of the vuvuzela to make music instead of an ear-splitting drone.

“It’s great when played correctly, annoying when someone plays a vuvuzela in your ear,” said Leigh Nudelman (26) one of the Johannesburg orchestra.

Samora Ntsebeza (25) another member of the orchestra, said: “It is a horn. It takes a particular understanding as to how to manipulate the horn to get musical sounds. Once you develop the technique, you are able to use it as a musical instrument.”

He believes the World Cup will make the vuvuzela so popular it will be exported to Brazil for the next tournament in 2014. “In Brazil it would work really well because of the carnival spirit,” Ntsebeza said.

Espi-Sanchis is still working on trying to discipline the crowds enough to make a pleasant sound out of the vuvuzela, not an easy task in a giant stadium.

“There are two stages. To get the people to listen and stop playing and then play songs they know and get them to sing it, in order to generalise the rhythms. That is a tricky thing to do,” he said.

He has written arrangements for his orchestra to play traditional songs like Shosholoza, an old migrant mine workers refrain meaning “go forward,” which is sung by soccer fans. But it doesn’t look as if he will make the vuvuzela popular with deafened foreign audiences during this World Cup, at least.

Fifa has turned down an offer for his orchestra to play at World Cup matches and they mainly perform at corporate events.

For now, foreign fans may have to heed the advice of scientists who say the trumpets are the loudest instruments used in global football and could cause hearing loss. Their advice? Pack some ear plugs. – Reuters