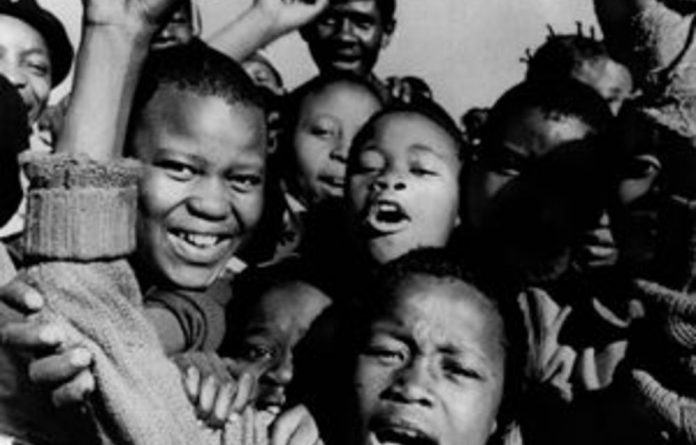 Normally opinionated and confident education professionals still struggle to explain why the majority of South Africa’s schools are so bad. And they are bad — let’s not mince words.

By international standards they are expensive to run, with relatively wellpaid teachers but an abysmal quality of output. Many of the young people who leave school are not fully functionally literate and find it hard to operate in the modern, computerised, literate world. And those are the success stories; they are the ones who wrote matric.

More than half of their age cohort never even finished school. So, on top of being expensive and ineffective, schools are also inefficient. And many are predatory environments where children are not safe and where boredom and low-level violence predominate.

Since 1994 we have gone through phases of blaming teachers, apartheid, principals, provincial education departments and parents. Obviously, much of the problem can be explained within the context of apartheid, which left South Africa with a deeply divided education system: low standards in most schools, ‘international” standards in well-resourced white schools.

Apartheid also left South Africa with a deeply psychotic teaching force. Teachers, particularly those from the black community, have been seriously under-trained. This has had devastating effects on the ability of teachers to make sense of and implement reforms, particularly in relation to the curriculum since 1994.

After multiple rounds of training and very little observable improvement in the classroom, it could be argued that many South African teachers are untrainable — or at least that their initial training (which, for more than 50%, occurred before 1994) has not given them a foundation for professional development.

However, this does not adequately explain why our schools are so resistant to change; or why former white schools seem to respond positively to reforms but schools in rural areas and townships seem to get worse with reform.

Indicators for post-conflict schools include growing learner/teacher ratios, high dropout and repetition rates, over-age learners, disrupted attendance, especially among girls, overcrowded urban schools and underutilised rural ones, lack of teaching and supervision services and low quality of schooling and low pass rates in national exams. However, these are indicators for most schools and education systems up and down the continent.

As World Bank education specialist Peter Buckland says in his study of post-conflict schools: ‘Most of the major challenges confronting the post-conflict reconstruction of education systems are the same as those confronting any effort at system reform.” So these traumatised schools look like other schools — which, let’s face it, is the same with a traumatised person.

Most people who have suffered trauma look like everyone else and generally behave like everyone else. The difference comes when they are put under real pressure; traumatised individuals then tend to overreact or freak out.

Traumatised schools do the same. And, just like traumatised individuals, they tend to underperform — or perform well and then, for no apparent reason, go into a downward spiral as a reaction to what appears from the outside to be a relatively minor problem. It is instructive that in post-conflict areas such as northern Uganda, schools have been treated differently from other schools.

The immediacy of the war means that it has been seen as a key reason for the decline in schooling. The result is that the authorities have been coaxing the schools back to their former performance levels and a multiplicity of NGOs and United Nations agencies have put in place counselling and support programmes for individuals and schools.

By contrast, there was no attempt in South Africa after 1994 to nurture the schools and ensure that they were supported. In fact, soon after the 1994 election, psychological and other psychosocial support services in the fractured education system were closed in most provinces instead of being redirected to the rural and township schools that most needed them.

What is the evidence that South African schools should be considered post-conflict schools? In the late 1980s and early 1990s academics Blade Nzimande and Sandile Thusi, as well as John Gultig, undertook studies of schools within conflict zones, particularly in what was then Natal and the KwaZulu ‘homeland”.

Although the term ‘post-conflict schools” had not been popularised at that time, these studies clearly show a picture of schools exposed to high levels of conflict and communal violence.

In addition, rural schools and former homeland school communities were deeply traumatised by forcible relocation and dispossession of all or most of their resources and wealth. This is not dissimilar to what happened to the communities around Gulu in northern Uganda, who fled to the local town or into camps for internally displaced persons.

They experienced the same loss of land, wealth and respect and families ended up crowded together with little privacy and few resources. South African schools were exposed to varying but often high levels of conflict during the 1980s and early 1990s.

However, nothing in the policy discussions then and policy development later acknowledges this fact or makes any provision for a traumatised school system and learner population.

So we can conclude that much of the South African schooling system can be classified as post-conflict — and a 2009 International Institute for Educational Planning/Unesco study does exactly that — but that it is undiagnosed within the country.

What are the implications of an undiagnosed post-conflict schooling system? I would liken this to the difference between putting a seriously ill patient in the general ward rather than in ICU.

In ICU the environment is stabilised and patients are protected against sudden movements or temperature changes, while patients in general wards are pushed out of bed and on to their feet as quickly as possible. Following 1994, all schools were treated as if they were in the general ward and had a barrage of changes thrown at them. Most — including all the traumatised ones — reacted predictably.

Like an ICU patient put in a general ward, they complained, refused to cooperate and eventually started to die. At the same time the formerly white schools, which were largely untouched by the traumatic experiences during the previous regime, reacted positively to the barrage of new policies and generally adapted them to their own advantage. This is not to excuse teachers when they act unprofessionally, but it could explain why teachers feel so badly misunderstood and why school communities are so resistant to change.

If we do determine that undiagnosed post-conflict status is the root cause of problems in South African schools, this would have serious policy implications that would have to be informed by comparative research allowing the policymakers to better understand what is happening in our schools.

Correct diagnosis should lead to a review of policies to ensure that they reflect the need to nurture these schools to functionality. With the problem ignored, or misdiagnosed, for nearly two decades, this will not be easy. However, not doing so will mean that rural and township schools are likely to become more dysfunctional.