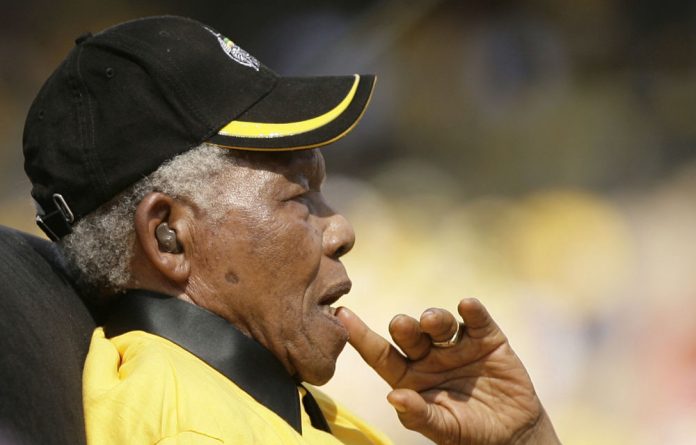 The car in which Nelson Mandela’s great grand-daughter Zenani died last week was driven by the son of the boyfriend of one of the former president’s daughters, the family revealed on Sunday.

“The car involved in the accident on the M1 was driven by Sizwe Mankazana (23),” the Nelson Mandela Foundation said in statement issued on behalf of the Mandela family.

“He is the son of Zwelakhe Mankazana, the partner of Zenani Mandela-Dlamini,” the eldest daughter of Mandela and his second wife Winnie Madikizela-Mandela.

Zwelakhe Mankazana is a businessman with interests in mining and is also a director of cellphone company Cell C.

The family said Sizwe deeply regretted the death of 13-year-old Zenani Zanethemba Nomasonto Mandela and was cooperating with police investigating the fatal accident south of Johannesburg.

“I deeply regret the loss of our little Zeni. I ask that your thoughts and prayers be with her family and friends during this very difficult time,” Sizwe Mankazana was quoted as saying.

The Mandela family added: “Sizwe and his family have cooperated fully with the authorities and will continue to do so.

“Sizwe is regarded as part of the Mandela family and spent a lot of time with Zenani junior.”

The family revealed Mankazana’s identity after the City Press newspaper reported on Sunday that the car was driven by Zenani’s father.

“The Mandela and the Mankazana families request, once again, that they be allowed to mourn the loss of this precious little girl in dignity.

“We appeal for an end to this needless speculation which is causing the family untold pain.”

The family said Zenani, Mankazana and a member of his family were the only people in the car when it crashed in the early hours of Friday morning.

They were returning home from the Soccer World Cup kick-off concert at Orlando Stadium, Soweto.

Zenani’s death cast a shadow over the event and saw Mandela cancel his appearance at the opening match between South Africa and Mexico.

Gauteng police spokesperson Brigadier Govindsamy Mariemuthoo said on Sunday the driver was expected to be appear in court “soon” to face charges.

“The case was struck off the roll on Friday for further investigation but it will be placed back on the roll. He will appear in court soon to face charges.”

Mankaza is expected to face charges of drunk driving.

The Mandela family said funeral arrangements for Zenani would be announced as soon as they have been confirmed. – Sapa