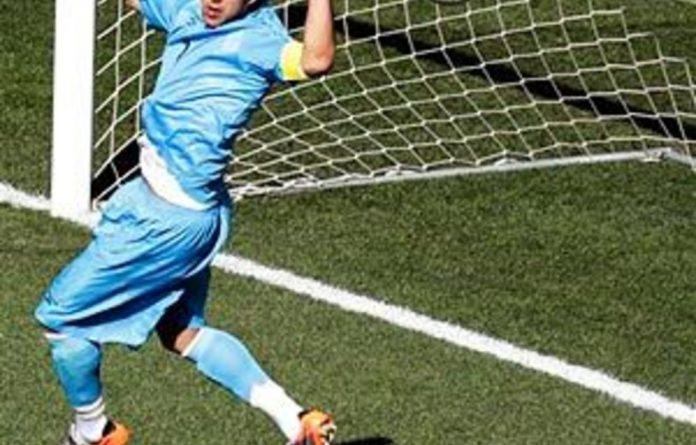 Jean Beausejour scored the only goal as Chile beat Honduras 1-0 in their Group H opening match on Wednesday to secure their first World Cup victory in 48 years.

Beausejour scored in the 34th minute, rounding off a slick move from the Chileans.

His cross from the byline was met at the front post by Honduran defender Sergio Mendoza, with Beausejour in close attendance. Mendoza tried to clear the ball but it cannoned off the Chilean into the Honduran net.

Deserved victory
The Chileans deserved their victory at the Mbombela Stadium and almost added a second in the 64th minute when a diving header from centreback Waldo Ponce produced a brilliant reaction save from Noel Valladares in the Honduras goal.

But despite their pressure, the South Americans struggled to kill the game off, and at times the Hondurans looked dangerous on the counter-attack.

Chile’s victory came 48 years to the day after they last won a World Cup match — a third-place play-off tie against Yugoslavia on home soil in 1962.

Since then the Chileans had been to four World Cups, played 13 matches and had failed to win a single one.

Honduras are still looking for their first World Cup win. This is only their second appearance in the finals, their first ending without victory in 1982. — Reuters