Deco out of North Korea clash 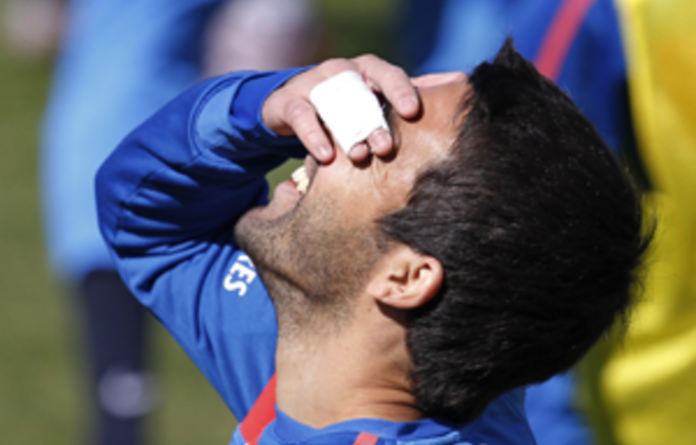 Portugal suffered a huge blow on Sunday when influential Chelsea midfielder Deco was ruled out of their clash with North Korea after suffering a left hip injury in training.

Deco, the focal point around which Portugal’s attacking exploits have centred since Luis Figo’s retirement, reported pain in the hip on Saturday, said coach Carlos Queiroz.

He will miss the North Korea showdown here on Monday but should be fit for their potentially crucial final Group G showdown with Brazil.

“Our medical team this morning assessed the Deco situation. He didn’t train and he will not be able to play for us against North Korea,” said Queiroz, a former assistant coach to Alex Ferguson at Manchester United.

“But we want to prepare him to play against Brazil.

“I can’t give you the exact diagnosis but I can say that in training on Saturday he complained about left hip pain and this is a problem he has had before.”

His injury follows a spat with Queiroz with the player not happy about being moved to the right side of midfield before he was later taken off altogether against Côte d’Ivoire.

Queiroz has since insisted that the affair was forgotten and while admitting Sunday that Deco’s absence was a setback, he said his team would manage.

“If you look at our qualifying matches, he played in some and some he didn’t,” he said.

“We scored without him. Deco himself raised the issue not too long ago that all the players are important.

“We have a team that we believe can offer solutions to any problems. We have faith in our players and will do our utmost to win this match.”

Queiroz would not be drawn on Deco’s replacement, but Atletico Madrid’s Tiago came on for him during the Côte d’Ivoire game. — AFP