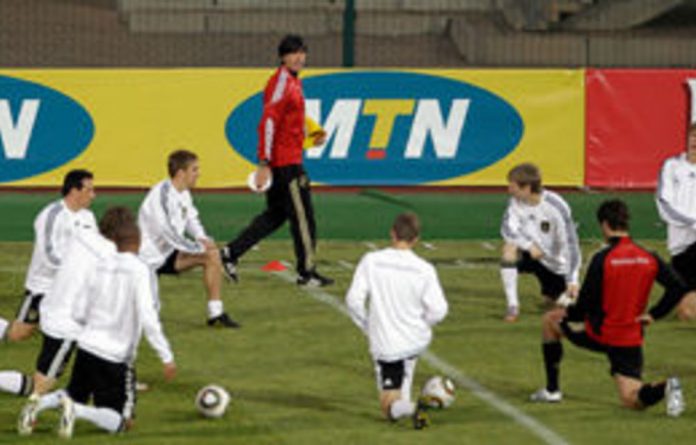 Captain Philipp Lahm is backing his multi-cultural German side to maintain their country’s proud World Cup history by beating Ghana to qualify for the knock-out phase.

Germany must beat the Black Stars in their final Group D clash at Johannesburg’s Soccer City on Wednesday with the hopes of the football-mad nation resting on their shoulders.

Only a victory will ensure Germany’s passage into the last 16.

Having demolished Australia 4-0 in their opening game, Germany were brought crashing down to earth when Serbia stunned them 1-0.

Proud record
But Lahm is backing his squad to maintain Germany’s record of having never failed to qualify from the group stages at a World Cup.

While Lahm and his deputy Bastian Schweinsteiger hail from Bavaria in the heart of Germany’s south, 11 of the 23-man squad were born outside Germany or have roots from other countries.

Five were born outside of Germany — forwards Miroslav Klose and Lukas Podolski and Piotr Trochowski in Poland, winger Marko Marin in Yugoslavia and striker Cacau in Brazil.

Defender Jerome Boateng was born in Berlin, but has dual German-Ghana nationality and his half-brother, Kevin-Prince Boateng will line up for Ghana.

Striker Mario Gomez is the son of Spanish immigrants, defender Dennis Aogo is of Nigerian descendancy, while Serdar Tasci and Mesut Ozil are both second-generation Turks.

Midfielder Sami Khedira has a Tunisian passport and says diversity has strengthened the national side with some southern flair adding to Germany’s typical strength for organisation and efficiency.

Bundesliga on the up
“The Bundesliga is on the up in many respects, but also in terms of producing attractive football,” said Khedira.

“I think it helps if there is a southern style of attack in the likes of Oezil and Cacau, they are always looking for the ball and can change the attacks in an instant. They can win games single-handedly.”

With Klose suspended for the Ghana match after being sent off against Serbia, his likely replacement Cacau only qualified for a German passport last February and scored his first World Cup goal against Australia.

“It is something very special to score your first goal here,” he said. “But you have to put all that behind you and focus on the task in hand.”

Germany have never failed to qualify from the group stages.

The closest they came to an early exit was when they lost their opening match in 1938 when the World Cup was a straight knock-out tournament, but even then they won their three qualifiers.

Germany’s patchwork team is a fair reflection of a nation which has embraced its foreign population of 15-million, according to German Chancellor Angela Merkel.

“I am firmly convinced that every member of the squad plays with joy for Germany,” said Merkel, who was in the stands when Germany finished third at the 2006 World Cup.

“This team is the proof that immigrants, their children and their grandchildren can have a great share in our society.

Successful model for integration
“Successful athletes, not just our footballers, can be role models when it comes to successful integration of immigrants in our society.”

Merkel told ARD television that the German side at the World Cup presented a more ethnically varied vision of the country than is often seen.

“It is an example of how role models can be created — role models for our whole country,” she said. “For those who are of German origin just as much as for those who want to integrate.” — AFP